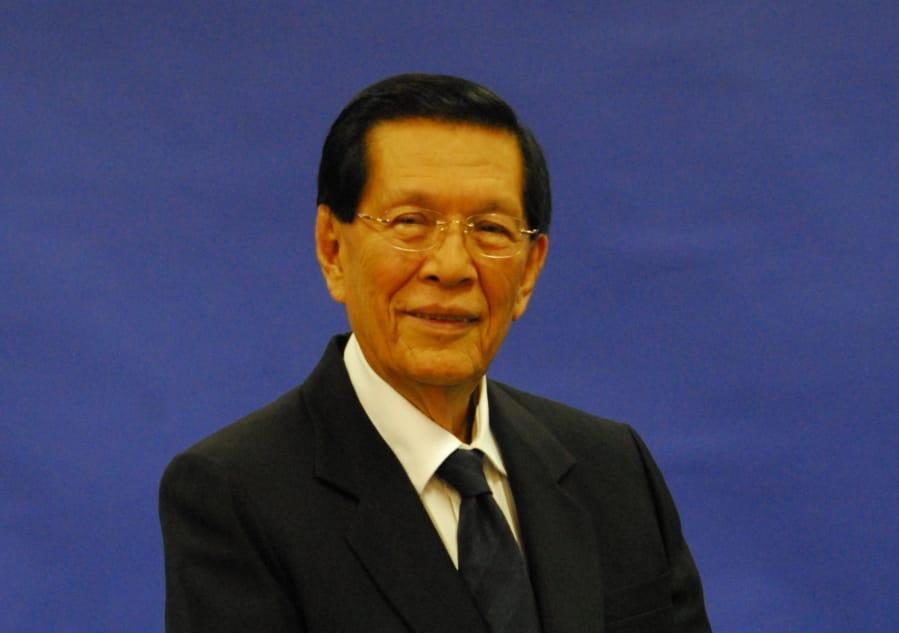 MANILA, Philippines -In the latest episode of Misconsensus : The Politics of Things shared on Facebook and YouTube, former Senate President Juan Ponce Enrile pointed out his unique stand on certain issues, such as Metro Manila’s traffic woes and congestion, medical marijuana, divorce and press freedom.

He also faced the challenge posed by leading political bloggers eager to test his knowledge of current affairs.

The bloggers who joined Enrile in the discussion are positioned on a wide range of the political spectrum.

One probing question came early in the episode when he was asked what particular mode of public transportation could best solve Metro Manila’s perennial traffic mess.

Among options he would have to choose from would be BRT or rail.

“You can build all the infrastructure in Metro Manila you want, but if you do not decongest it, it will remain a dying city,” Enrile told the panel of bloggers.

“We’ve piled up economic activities and people here (in Metro Manila),” he added.

Enrile, who is a former Minister of Defense and is running anew for a senate seat in May, has on earlier occasions warned of over-centralization and the dangers of putting virtually all the country’s social and economic eggs into one basket.

As a sweeping solution to this and other economic problems facing the country, Enrile has repeatedly proposed opening up the economy to foreign investors, removing protectionist restrictions on foreign ownership, and increasing the number of competitors in key industries such as telecommunications.

Ultimately, Enrile thinks that this move would also foster the creation of new economic centers all over the country.

Later on in the episode, Enrile quickly stated his positions on issues such as the legalization of marijuana.

Divorce in the Philippines:  Why do we compel two people to live with each other? I support divorce. We actually had a divorce law before the war.

On the issue of press freedom, Enrile offered his own experiences serving as legal counsel for some of the most prominent newspapers in the country.

“If Maria Ressa committed libel against anybody, why should she be immune from charges?” he asked.

“I myself have handled many libel cases for the Manila Bulletin, Manila Herald, Manila Times, and the Mirror.”

During those days, according to him, almost nobody claimed victimhood.

“The press was ready to go to court for their work,” he adds, stating that he still supports maintaining the criminal nature of libel. / gsg