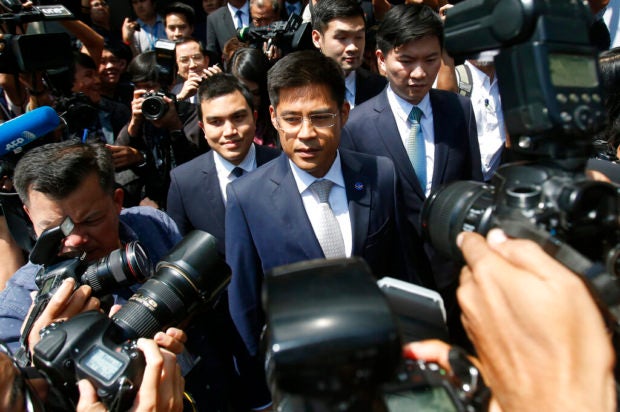 BANGKOK — Thailand’s Constitutional Court has ordered the dissolution of a major political party ahead of this month’s general election because it nominated a member of the royal family to be its candidate for prime minister.

The Thai Raksa Chart Party on Feb. 8 nominated Princess Ubolratana Mahidol as its candidate for the March 24 polls.

However, her brother King Maha Vajiralongkorn later that day issued a royal order calling the nomination highly inappropriate and unconstitutional.

The court’s ruling Thursday also banned members of the party’s executive board from political activity for 10 years.

Thai Raksa Chart is aligned with former Prime Minister Thaksin Shinawatra, and its dissolution will hinder efforts by parties loyal to Thaksin to form the next government.

Thailand has been under military rule since 2014. /ee