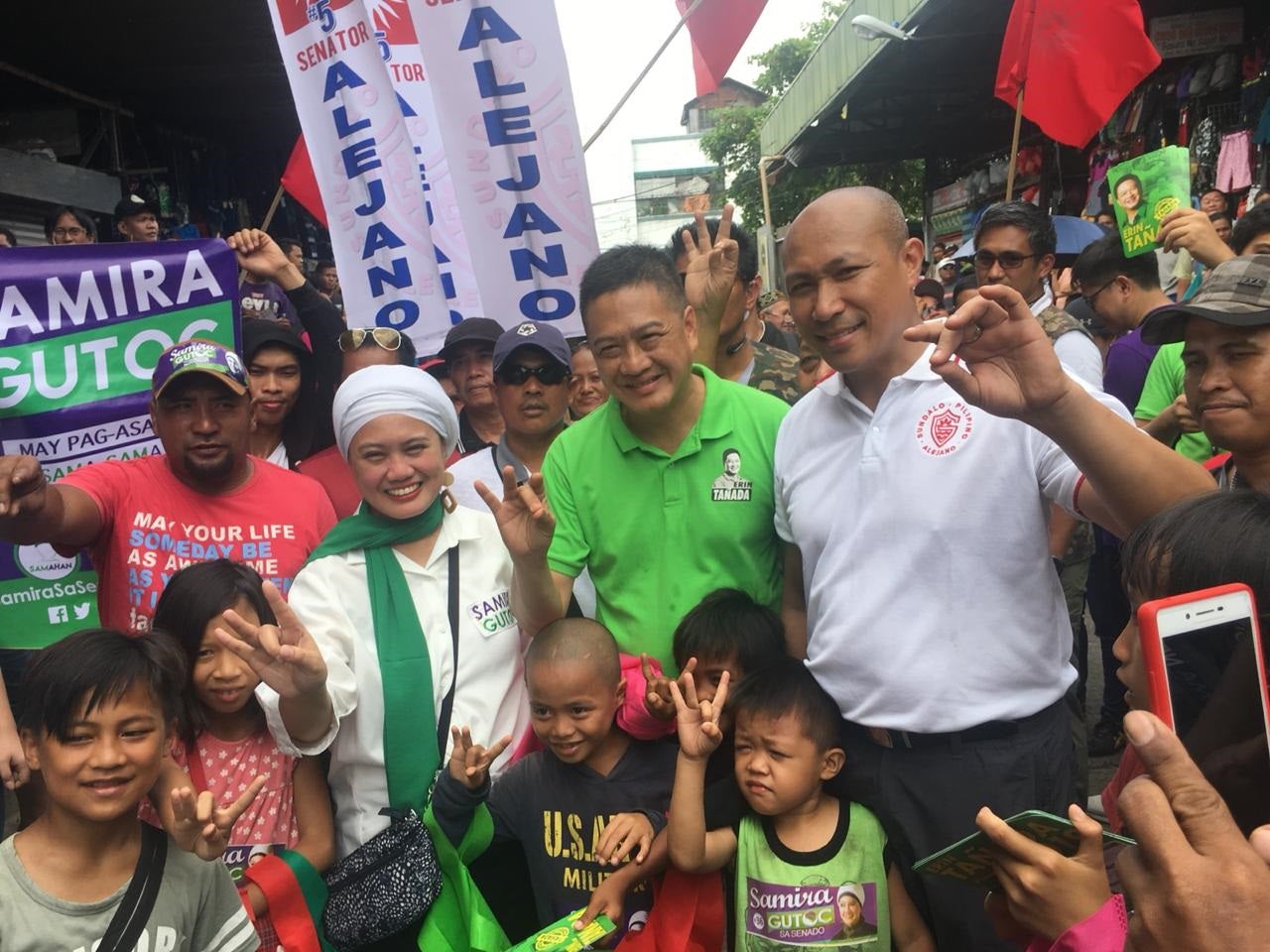 Magdalo Rep. Gary Alejano, Marawi civic leader Samira Gutoc and former congressman Erin Tañada arrived at the airport at about 9 a.m. to campaign in this bailiwick of Senator Manny Pacquiao.

The opposition senatorial aspirants’ motorcade will head to the General Santos city public market before a ceremonial adoption by the Saguda Buayan Tribe in Barangay Labangal.

They will then have lunch with indigenous people leaders.

The Otso Diretso candidates are expected to cap the day with a multisectoral dialogue co-organized by the Akbayan party-list in Barangay Fatima. /cbb