Hilbay: Honesty has to be an issue in all aspects of life | Inquirer News
Close
menu
search

Hilbay: Honesty has to be an issue in all aspects of life 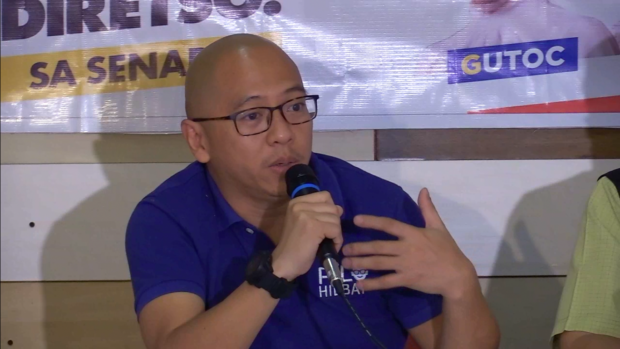 MANILA, Philippines — Honesty has to be an issue, not only in the May 2019 elections, but in all aspects of life, former solicitor general and now senatorial candidate Florin Hilbay said Thursday.

Hilbay issued the remark after Hugpong ng Pagbabago (HNP) chair and Davao City Mayor Sara Duterte-Carpio said that “honesty should not be an issue” in the May 2019 elections.

“It has to be. In all aspects of life. Whether in public life, whether private life,” Hilbay said in an interview over ABS CBN News Channel.

READ: Sara Duterte: Honesty not an issue for Bong Go

However, Hilbay said that Alejano’s claim is a “fact-based allegation,” and if proven true, “an election offense, very clearly.”

“Si Gary (Alejano) is making a fact-based allegation about the misuse of public funds,” he said.

“Meron siyang pinakitang mga photos [he showed some photos], merong backgrounder about his allegations and his allegation, if true, would be an election offense, very clearly,” he added.

Meanwhile, he said, Marcos’ claim is “falsifiable” since the University of the Philippines (UP) College of Law and Princeton University have already clarified that the governor did not graduate from these institutions.

(Governor Imee Marcos has placed herself in a deeper situation and still insisting she’s a graduate of UP.) /jpv