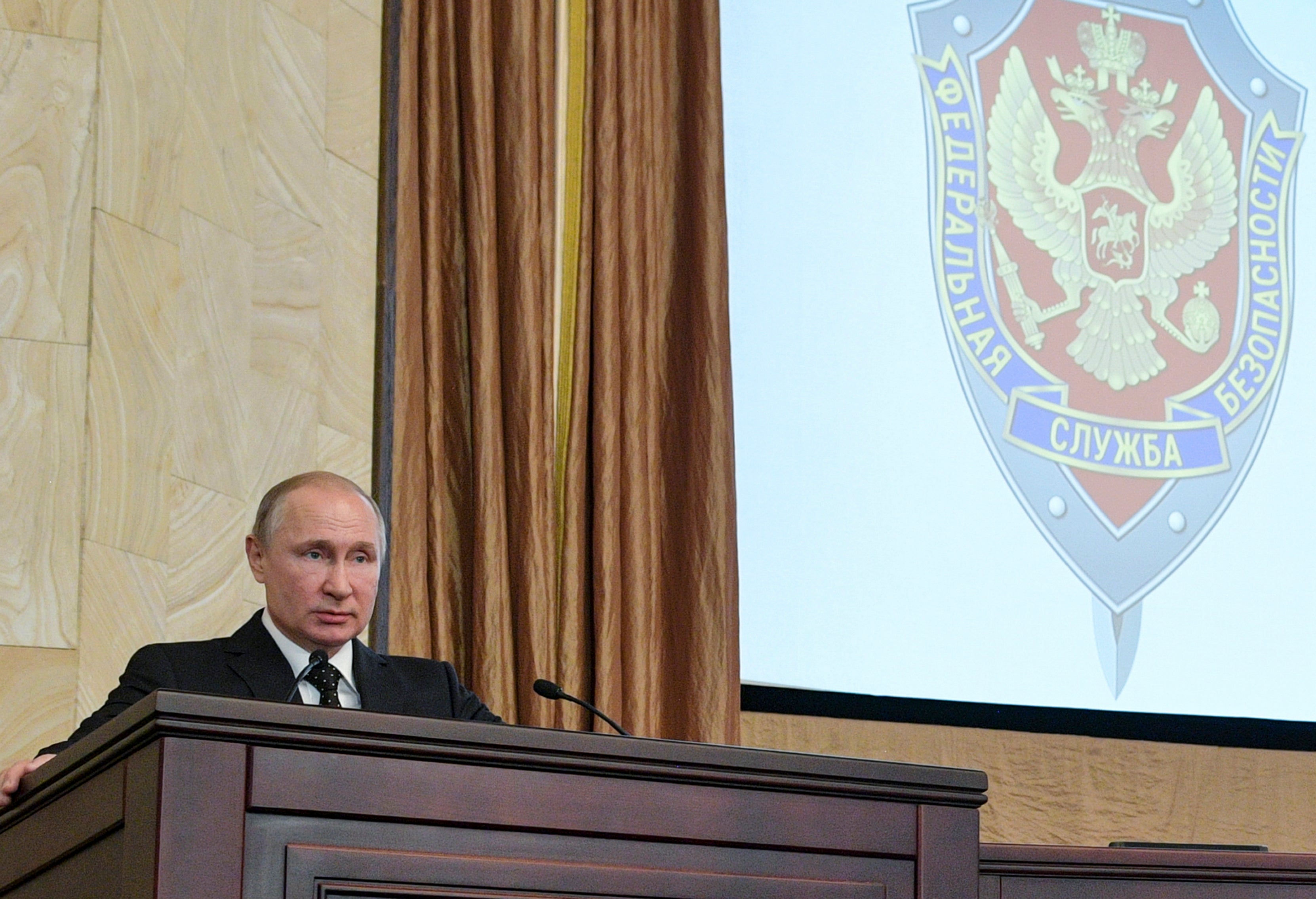 In a speech to top officials of the Federal Security Service (FSB), the main KGB successor agency, Putin said foreign spies have intensified their efforts to get access to Russia’s secrets.

“They are looking for access to political, economic, scientific and technological information,” said the KGB veteran who headed the FSB in the 1990s before ascending to the presidency. “That means that your work should become even more effective.”

The Russian leader noted that FSB last year exposed 129 foreign intelligence officers and 465 of their agents.

He said FSB should pay particular attention to protecting information related to development, testing, and production of new Russian weapons.

Putin has claimed that new weapons such as the Avangard and the Zircon hypersonic weapons have no foreign analogues and are impossible to intercept, rendering missile defense useless.

Russia has intensified efforts to modernize its arsenals as relations with the West have plummeted to post-Cold War lows over the Ukrainian crisis, the war in Syria, and allegations of Russian meddling in the 2016 U.S. presidential election.

In his speech Wednesday, Putin mentioned a buildup of NATO forces near Russia’s borders and referred to the U.S. decision to withdraw from the 1987 Intermediate-Range Nuclear Forces treaty, saying it upsets international security and raises new challenges.

He noted that foreign spy agencies have also sought to influence political developments in Russia, but didn’t elaborate.

Putin also pointed to a growing number of cyberattacks on government agencies and state-controlled companies.

“We must be prepared for continuing cyber offensive against Russia and the growing threats it presents,” he said. “It’s necessary to take additional steps to protect critically important information infrastructure, develop a state system of detecting cyberattacks and fending them off.”

Despite the tensions with the West, Putin noted that Moscow remains open for counterterrorism cooperation, calling it a “common challenge.”

The president said FSB prevented about 20 terror attacks a year over the past three years.

He noted the continuing instability in the Middle East, saying it spawns terror threats to Russia.

Moscow has waged a military campaign in Syria since 2015, helping President Bashar Assad’s government reclaim control of most of the country. /kga

Read Next
EU says talks with UK ’difficult’ as Brexit impasse drags on
EDITORS' PICK
House to probe Facebook takedown of gov’t accounts
Smart poised to turn PH into ‘Smart 5G country’ with nationwide rollout
Water remains our saving grace right now
Feud is over: Velasco next Speaker on Oct. 14
Get 80% OFF Ignite 2020 Cyber Tickets starting 28 September
Duterte meets with Cayetano, Velasco amid speakership issue
MOST READ
Velasco to take over as Speaker on Oct. 14
Gun attack in PMA: Air Force man killed, 2 others wounded
‘I offered to resign’ because of endless corruption, says Duterte
AMLC investigator says De Lima not involved in Bilibid drug trade
Don't miss out on the latest news and information.