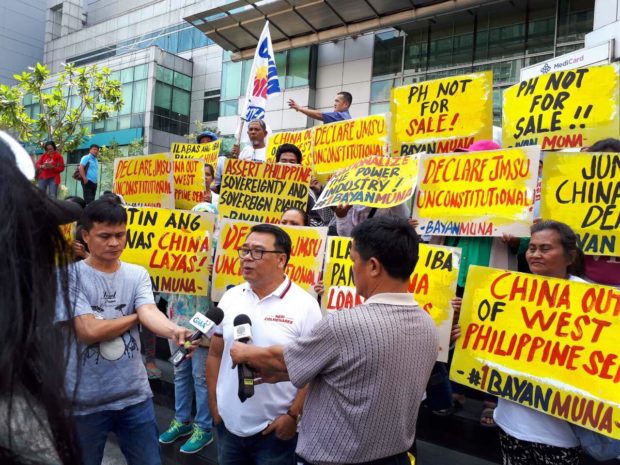 MANILA, Philippines — Leaders and members of the Bayan Muna partylist have denounced the alleged sell out loans the Philippines obtained from China during a protest outside the Chinese embassy in Makati City.

Bayan Muna chair and senatorial candidate Neri Colmenares and Rep. Carlos Zarate reiterated on Monday that the contracts the country entered into with the Chinese government are highly disadvantageous as some provisions allow China to take over Philippine infrastructure.

“China is gobbling up our territories in the West Philippine Sea (WPS). Now they’re even occupying our sandbars near Kalayaan island. Tuso ang Tsina at di mapagkatiwalaan (China is cunning and cannot be trusted),” Colmenares said.

Previously, Colmenares said that Section 8.1 of the loan contract states that the Philippine government “irrevocably waives any immunity” of its patrimonial assets located in the country which are “commercial in nature.”

He also underscored the contract also specified that any dispute in the contract should be filed before a Chinese Tribunal following Chinese laws instead of international rules.

“The Philippine government practically sold out the country when it allowed China to take over our government’s commercial properties. This guarantee is not found in our normal agreements with other countries,” Colmenares claimed.

(Under this loan agreement, if there is a dispute, we will file the case at their arbitration court, where we will most likely lose. But when we won our case at the international arbitral tribunal involving the West Philippine Sea, they disregarded it. China always wants to win.)

Presidential Spokesperson Salvador Panelo dismissed Colmenares’ allegations, saying that it is just a ploy to earn media mileage for the 2019 elections. But Colmenares dared Panelo to a debate, asserting that he has been vocal about the issue whether it is election season or not.

Panelo said in reply that he has a lot of things to do other than engage the lawmaker and that it is part of Colmenares’ desperate attempt to gain publicity. /ee

READ: Panelo rebuffs ‘desperate’ Colmenares: I have better things to do 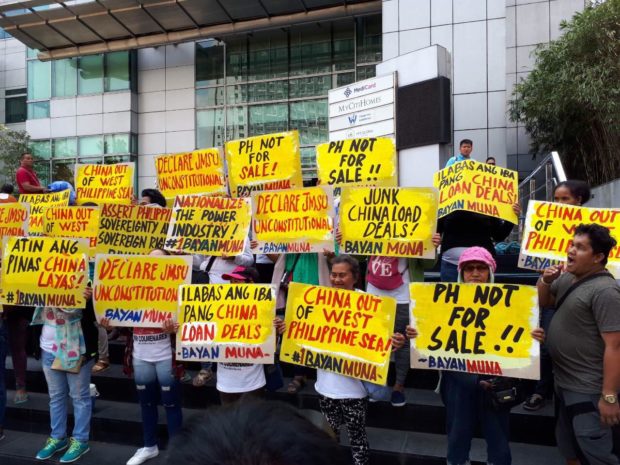