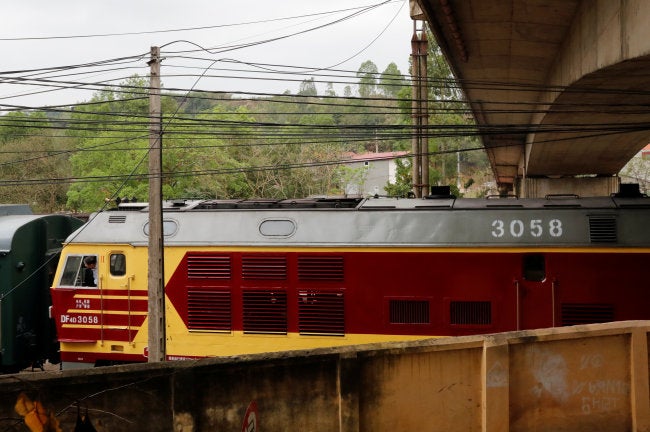 SEOUL — North Korean leader Kim Jong-un’s special train passed the northeastern Chinese port city of Tianjin on Monday, sources said, apparently heading directly back to Pyongyang after a trip to Hanoi for a summit with US President Donald Trump.

Kim left Dong Dang station in Vietnam on Saturday after a two-day summit with Trump and an official visit to the Southeast Asian nation.

His train passed through Tianjin around 7 a.m., according to the sources, apparently taking the same route as when he traveled nearly 66 hours by train to Vietnam.

“Security was tightened in downtown Tianjin early in the morning and then eased. It seems like Chairman Kim’s train has passed through the city,” a source said.

Despite earlier speculation, Kim did not stop in Guangzhou, a Chinese port city northwest of Hong Kong, nor in Beijing to meet President Xi Jinping on his way back home.

His train is expected to reach Dandong station and then cross the Yalu River, also known as the Amrok River, near the border, on Monday night. (Yonhap)