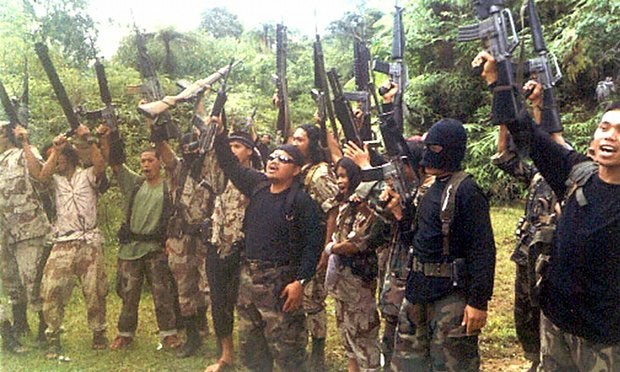 “With the Abu Sayyaf, we will never have an understanding.  I cannot for the life of me imagine me talking to them after all what they have done – decapitating everyone. They do not chose [who to kill]. They have no ideology except to kill and destroy,” Duterte said in a speech during the in a speech during the campaign rally of the Partido Demokratiko Pilipino-Lakas ng Bayan (PDP-Laban) in Zamboanga City.

He added that foreign investors would not come to the Philippines unless the ASG was stopped.

“If we cannot stop them (ASG), everybody who wants to invest in the Philippines will never do that. So we cannot be productive,” Duterte said.

Mindanao, where the ASG operates, has been rocked by several bombings this year.

At least 21 people were killed and more than a hundred were hurt when twin explosions hit the Roman Catholic cathedral in Jolo, Sulu.

Five suspects from the Abu Sayyaf’s Ajang-Ajang sub-group surrendered to the police amid an intense manhunt against them.

“Outraged” by the explosions, Duterte ordered the military to wage an all-out war against terror groups.

“I ordered you to destroy the organization. I’m ordering you now: crush the Abu Sayyaf by whatever means,” he said following his visit to the Our Lady of Mt. Carmel Cathedral.

In January this year, the President said he would never talk with the ASG, known for kidnapping for ransom and for beheading hostages who fail to pay ransom. /cbb

READ: Duterte: I will never talk peace with Abu Sayyaf