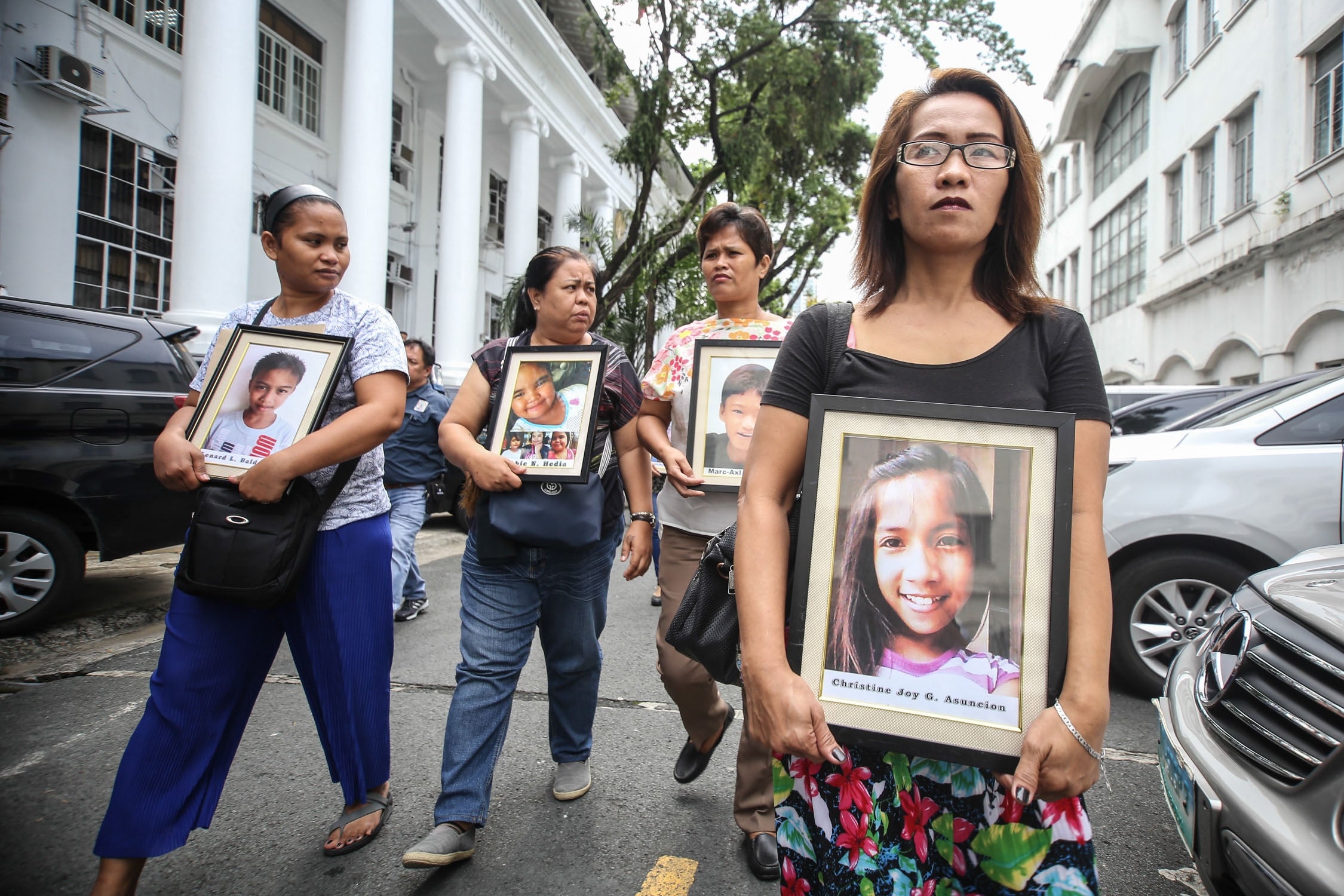 GRIEF AND JUSTICE Relatives of children whose deaths were being linked to the Dengvaxia vaccine rally on Oct. 15, 2018, at the Department of Justice demanding the prosecution of officials involved in the Dengvaxia scandal.—INQUIRER PHOTO

Sen. Richard Gordon said he was “a bit disappointed” that former President Benigno Aquino III and former Budget Secretary Florencio Abad were not among those indicted for the controversial Dengvaxia immunization program.

“I think [the indictment] is lacking. Malacañang should take a second look,” said Gordon, chair of the Senate blue ribbon committee.

“I hope the secretary of justice is listening and he’ll take a second look because, as far as I’m concerned, they did not look at the procurement aspect,” he said.

Gordon made the remark after prosecutors filed charges of reckless imprudence resulting in homicide against former Health Secretary Janette Garin and 19 other officials for the P3.5-billion program.

A year after the inoculation of thousands of schoolchildren, Sanofi announced in late 2017 that Dengvaxia may have side effects on those who had not contracted dengue and many believed this was the cause of death of eight children.

But Gordon, a lawyer, said he feared the charges might not stand because there had been no conclusive finding that Dengvaxia caused the deaths of the eight children.

The senator argued that prosecutors would have a stronger case had they filed charges of illegal procurement and violation of the antigraft law.

The probe concluded that the Aquino administration expedited the purchase of the vaccine after President Aquino met with Sanofi officials in Paris in December 2015.

Presidential spokesperson Salvador Panelo did not respond to Gordon’s claims but said he hoped “that true justice and peace will be attained.”

“This is the only way we can deliver proper closure to the victims of the vaccination,” he said.

“Now that the legal process has taken its course, we wish everyone would finally stop politicizing the issue in the court of public opinion,” Panelo added.

But Justice Undersecretary Mark Perete, Department of Justice spokesperson, insisted that the charges reflected “the high degree of accountability and caution” demanded of those who implement public health programs.