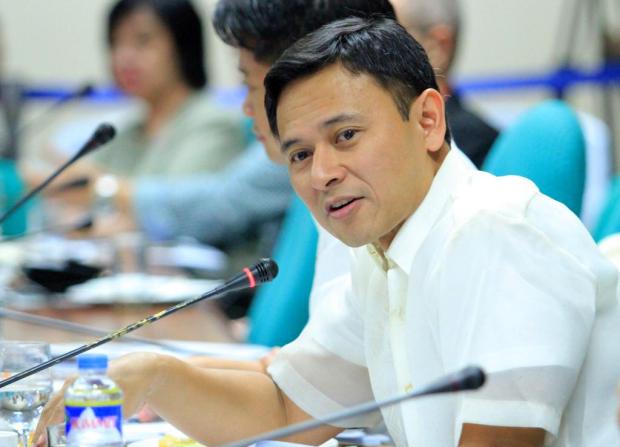 It’s never too late to earn a college degree.

This was the advice of Sen. Sonny Angara to over 360,000 unemployed university dropouts, as well as high school graduates who could not get into college because of financial difficulties.

Angara urged them to return to school and take advantage of the government’s free tertiary education.

“This is the most opportune time to go back to school,” said Angara, one of the authors of Republic Act No. 10931 or the Universal Access to Quality Tertiary Education Act.

The act guarantees free tuition and other miscellaneous fees in state universities and colleges (SUCs).

The senator, who is running for re-election under the platform “Alagang Angara,” encouraged these jobless college dropouts and high school graduates to enroll since they were still eligible for free higher education in 112 SUCs across the country.

“This is their chance to complete their college degrees and create a brighter future for themselves and their families,” the senator said.

In 2018 there were around 2.3 million jobless Filipinos, according to the Labor Force Survey conducted by the Department of Labor and Employment, and 16 percent of this number, or roughly 368,000, were college undergraduates. /atm