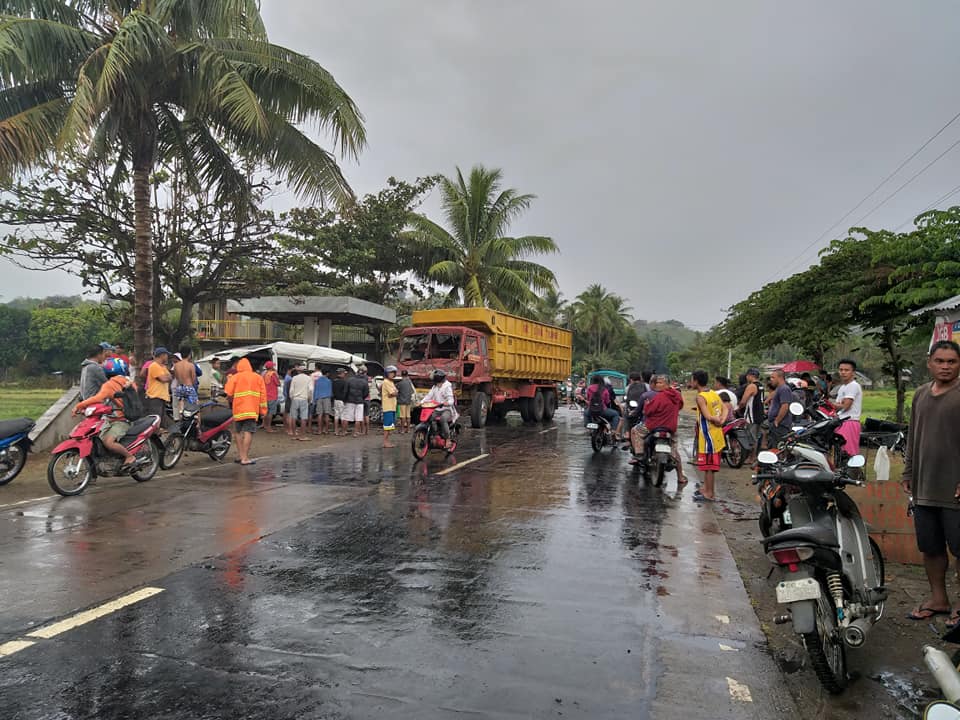 TRAGIC SITE First responders and kibitzers mill around the site of the deadly crash between a van carrying students and a cargo truck in the town of Zamboanguita in Negros Oriental province. -MICHAEL GAMALA/CONTRIBUTOR

DUMAGUETE CITY — Five high school students were killed and 10 of their classmates and a teacher were injured when the van they were riding swerved and ran right into the path of an oncoming cargo truck around 6:20 a.m. on Friday in the village of Mayabon in Zamboanguita town, Negros Oriental province.

The fatalities were members of the MathSayaw team of Basay National High School, who were returning home from a competition in Cebu City.

Police said the van driver, Jaypee Sarad, 29, lost control of the vehicle and swerved to the opposite side of the road due to slippery road conditions. 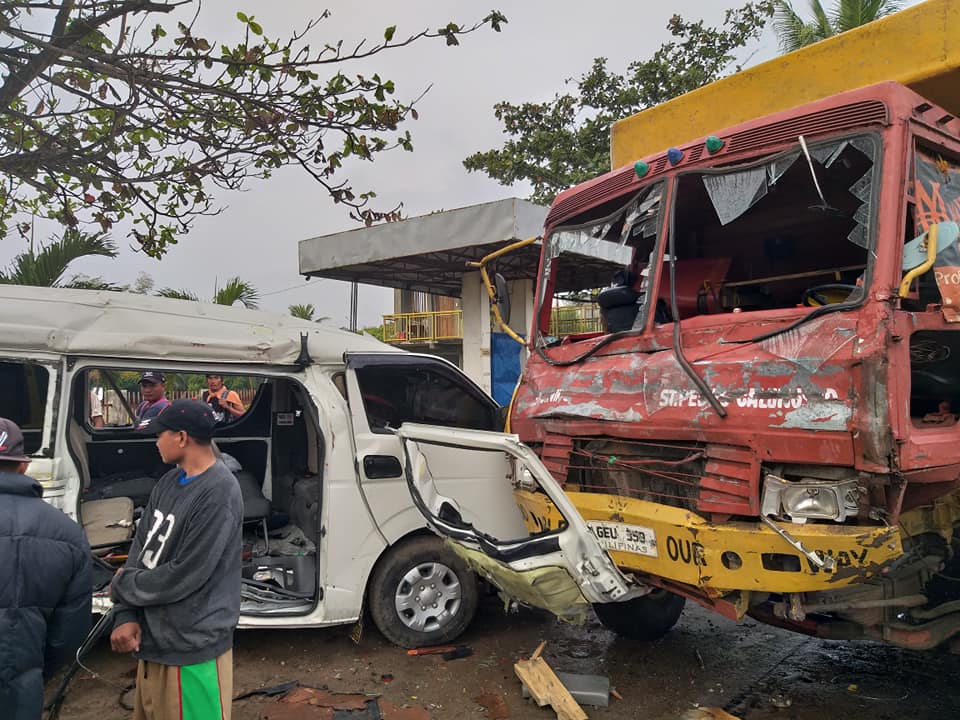 UP CLOSE The van and cargo truck in the deadly crash in Zamboanguita are inspected by investigators. —MICHAEL GAMALA/CONTRIBUTOR

Some of the victims were rushed to Silliman Medical Center and six other injured passengers were brought to Negros Oriental Provincial Hospital in Dumaguete City.

But three of them were pronounced dead on arrival at the hospitals.

Basay is a fourth class fishing town some 125 kilometers south of Dumaguete and is the last town south of Negros Oriental, bordering Hinoba-an town in Negros Occidental.

News of the tragedy roused the people of Basay from their morning routines and filled social media pages with messages of sympathy.

Cherwin Villasis said he still found the news impossible to believe. “The children still had many dreams, why did it have to happen?” he said.

Teachers of Basay National High School were filled with disbelief. “The twin sisters were my pet students. What a pity!” said teacher Jenelyn Baclaan.

Still, others commented that the accident had dampened the mood of their upcoming fiesta on March 18.