Gov’t vows help to farmers amid influx of imported rice 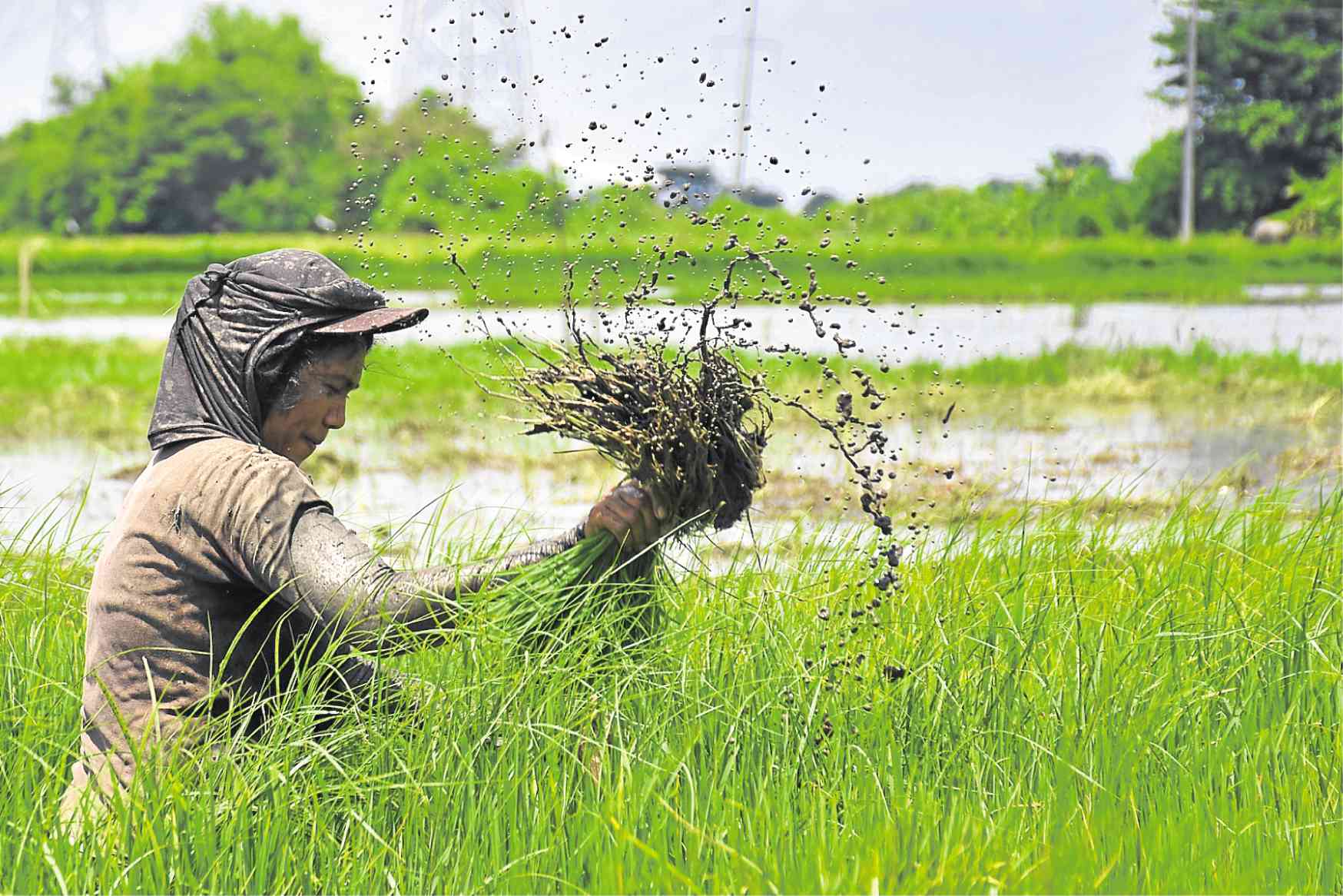 FIELDWORK Planting and growing rice is a backbreaking job but the government has assured farmers that it will extend assistance so they can compete once rice imports flood local markets. -WILLIE LOMIBAO

SCIENCE CITY OF MUÑOZ — Saying the government will provide financial and technical assistance to local farmers, Agriculture Secretary Emmanuel Piñol has allayed fears that they will bear the brunt of the influx of imported rice with the rice tariffication law.

“The government is ready to provide assistance to our farmers for them to be competitive in rice production,” Piñol said during a consultation with farmers and rice traders at the Philippine Carabao Center here on Tuesday.

The consultation gathered inputs for the implementing rules and regulation of Republic Act No. 11203, or the rice tariffication law.

Piñol said the new law would allow cheap imported rice to flood the market and would force traders and rice mill owners to lower the farm prices of palay (unhusked rice).

Under the rice tariffication law that takes effect on March 5, anybody, who can get clearance from the Department of Agriculture and pay the tariff, can import rice.

In the past, rice importation was a monopoly of the National Food Authority but this agency would now be relegated to keeping stocks as a buffer in case of rice shortage.

The law also indicates that the price of imported rice may be lower by P2 to P7 per kilogram than the current price of unhusked rice.

Thus, it can be a boon for consumers who are complaining about the high cost of rice in the market, Piñol said, adding that “we need to increase rice production in a way that is comparable with the price of rice being sold by other countries.”

Piñol said the “shock wave” that the farmers experienced might be temporary as the government had allotted a fund to support their production.

Under the Rice Competitiveness Enhancement Fund, with P10-billion funding annually for the next six years, the government will provide assistance to farmers to enhance their competitiveness and profitability.

“This fund will be used for farm machinery and equipment to improve farm operation, for rice seed development, propagation and promotion, for expanded rice credit and extension services, among other things,” Piñol said.

He said the suggestion of various sectors to grow cash crops for easy money was a “short-sighted solution and would be a suicide for the country if rice farming was abandoned.”

“It must be understood by all that there is thinning supply of rice in the world market. The available volume that can be accessed for importation is only 3 million metric tons,” Piñol said.

He said rice-exporting countries also experienced the race between increasing population and rice production. These countries are not having additional land area for rice production, thus they “may keep their harvest in the future to feed their own population,” he said.