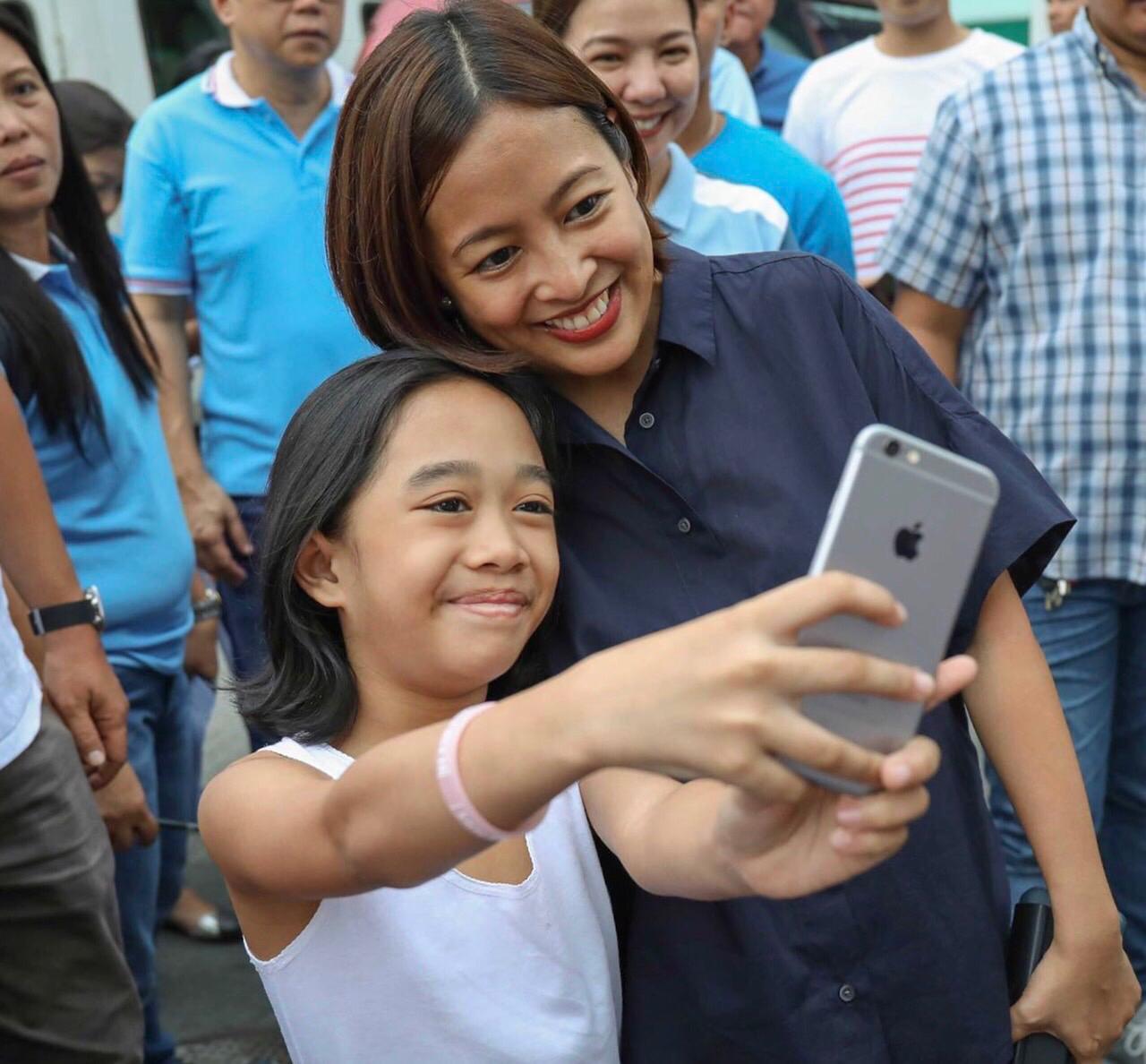 Makati Mayor Abby Binay has ordered the Makati Health Department (MHD) to expand the city’s ongoing measles vaccination drive to include children in Kinder to Grade 6 in the target age group, as part of the city’s intensified efforts to prevent the spread of measles in the community.

The mayor said an estimated 46,858 children in the said age group may receive their vaccines at their respective schools, during house to house visits done by MHD health personnel, or at their barangay health centers, whichever can be done first.

“The measles vaccine has been around for decades and has been proven safe and effective. I am appealing to everyone to place your children’s health and safety first. Have them vaccinated, and tell your friends and family to have their kids vaccinated, too. This is the only way we can rebuild ‘herd immunity’ and keep infectious diseases like measles down,” the Mayor appealed.

To date, Makati City has 38 reported measles cases, mostly from Barangays East Rembo and Pembo. Barangays Rizal and Palanan are closely being monitored for possible clustering of measles cases.

“Since measles cases peak during the hot summer months, we expect the numbers to rise if we do not act swiftly. Parents and guardians must set their biases aside and have their children vaccinated against measles for their protection,” Mayor Abby said.

The mayor said the MHD has mobilized all its personnel, including barangay health workers, to assist in the anti-measles vaccination drive. “They are knocking on doors and going house to house to ensure the safety and protection of our children,” she said.

The mayor noted that even though Makati has one of the lowest number of recorded measles cases in Metro Manila, children are still susceptible to measles infection because of low herd immunity. This can only be remedied by increasing the number of vaccinated children everywhere.

Earlier, the MHD extended the intensive campaign until March 31 on the mayor’s orders.

The vaccines can be received from health workers going house to house simultaneously in the barangays; daily at all barangay health centers; and from all public schools in the city. The Palanan 24/7 health center has also been opened as a fixed post for round-the-clock vaccination.

The MHD has also tapped the assistance of the Ospital ng Makati (OsMak) to vaccinate all patients within the vulnerable age group who are admitted or come in for a consultation.

Mayor Abby said residents can also have their children vaccinated during scheduled Lingkod Bayan Caravans in their respective barangays.

On February 13, the MHD began its house to house immunization campaign targeting infants and children aged 6 months to 59 months old (5 years old). The outbreak response immunization drive aimed to cover 32,889 children from all barangays. This age group was prioritized because they are the most vulnerable to measles infection. Most deaths from measles also happen within this age range.

MHD Chief Dr. Bernard Sese said children six to eight months old are being given the measles rubella vaccine, while children nine months old and up are given the Mumps Measles Rubella (MMR) vaccine.

Apart from first-time recipients, Sese clarified that the campaign also covers children who have already been vaccinated for measles, provided at least one month has elapsed. Children who currently have cough, colds, or fever cannot receive the vaccine.

The MHD chief reminded parents to be observant and to bring their children to the nearest health center or clinic should they show symptoms of measles infection.

He explained that measles is a highly contagious illness. He said that for every reported case of measles, 12 to 18 individuals could be infected. This is why children within a 100-meter radius of an infected patient should be vaccinated.

Sese also appealed to Makati residents to report all measles cases to the MHD for proper monitoring. He added that measles patients from Makati who may need to be admitted to a hospital will be referred to San Lazaro Hospital in Manila, or the Research Institute for Tropical Medicine (RITM) in Muntinlupa. These facilities have isolation rooms for communicable diseases.

According to the Department of Health (DOH), more than 70 patients, mostly children, have died from the measles virus. From January 1 to February 18, 2019, there were over 2,594 reported cases of measles in the National Capital Region alone. The highest concentration of measles cases is in Quezon City with 654 cases, followed by Manila with 514, and Caloocan City with 295 reported cases.