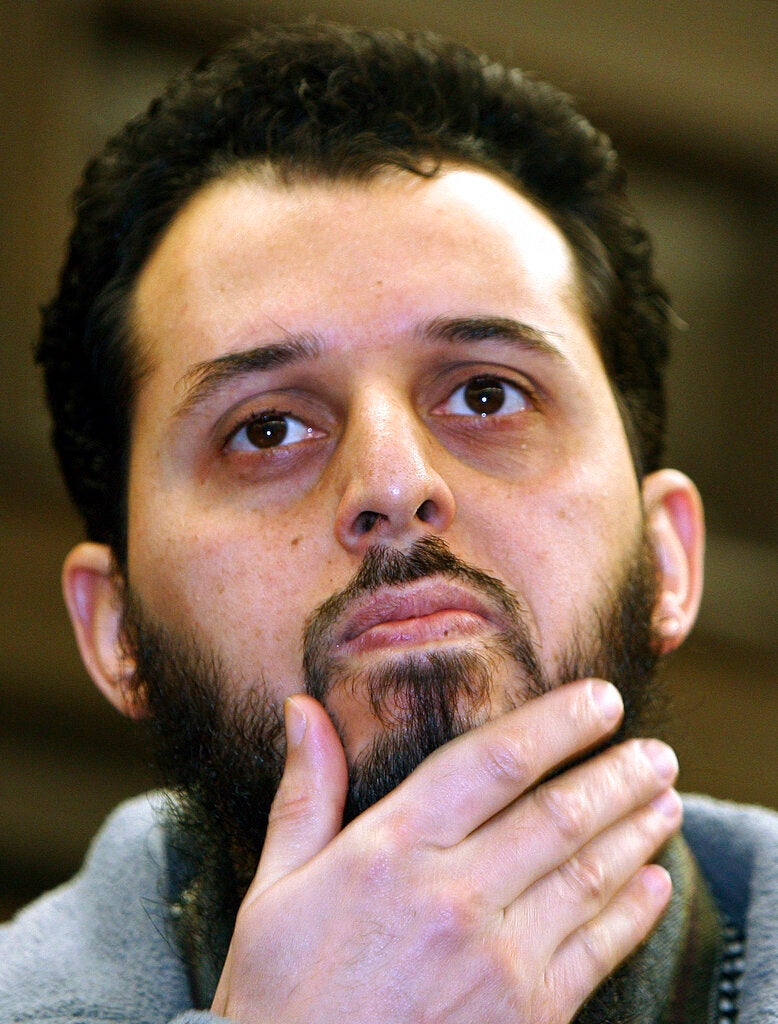 In this Jan. 8, 2007 photo Moroccan Mounir El Motassadeq waits prior to his trial at a court in Hamburg, Germany. German prosecutors are investigating an apparent payment of some 7,000 euros ($7,960) to el Motassadeq, convicted of helping the Hamburg-based Sept. 11, 2001 suicide pilots, before he was deported to his homeland last year. (AP Photo/Fabian Bimmer, file, Pool)

BERLIN — German prosecutors are investigating how a Moroccan man convicted of helping the Hamburg-based Sept. 11, 2001, suicide pilots was apparently paid some 7,000 euros ($7,960) before he was deported to his homeland last year.

Mounir el Motassadeq was deported in October, shortly before completing his 15-year sentence for membership in a terrorist organization and being an accessory to murder.

An investigation by Hamburg prosecutors centers on an apparent payment from his prison account, used in Germany to hold money earned by inmates. The money is generally transferred to inmates on their release, but el Motassadeq was on a list of terror suspects whose assets are frozen.