Man and woman arrested for fighting at buffet over crab legs 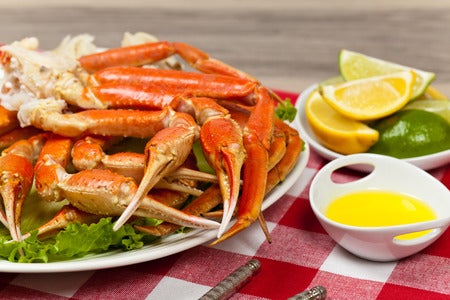 Two people were arrested in Huntsville, Alabama after engaging in a brawl over what they think is such a prized possession at a dinner buffet — crab legs.

Huntsville police officer Gerald Johnson recalled that while he was eating at the buffet, a fight broke out between a man and a woman in the food line while they were waiting for crab legs. This was reported by local media WHNT last Tuesday, Feb. 26.

“It’s not something you typically hear, if you can imagine a fencing match,” Johnson said in the report. He added that he heard tongs clashing and plates shattering.

The two brawlers, identified as John Chapman and Chequita Jenkins, were later arrested by police. Both admitted that their tempers got the best of them, which led to the fight and Chapman sustaining a cut on his head.

Chapman was charged with disorderly conduct. Meanwhile, Jenkins will face a third-degree assault charge. As per report, both will also face fines, as well as a per plate charge from the buffet. Katrina Hallare/JB