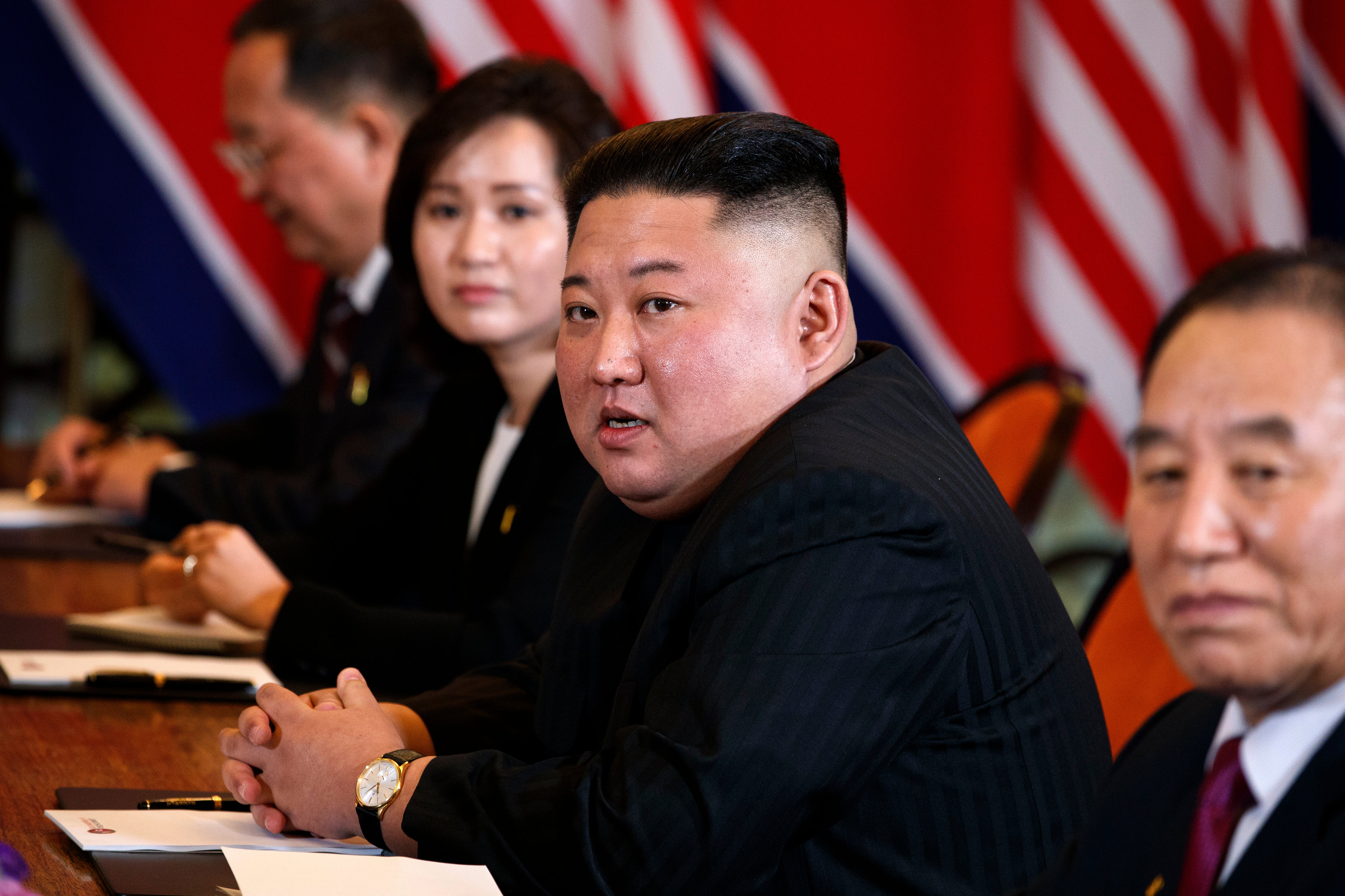 HANOI, Vietnam — So here’s a bit of history made at President Donald Trump’s summit with Kim Jong Un: for what is almost certainly the first time, the North Korean leader actually answered an impromptu question from an American reporter.

Then just a little bit later, as if to prove it wasn’t a fluke, he did it again.

Looking confident and speaking in his typically gravelly voice, Kim didn’t miss a beat when asked by a member of the White House press pool about his outlook on the summit , saying: “It’s too early to say. I won’t make predictions. But I instinctively feel that a good outcome will be produced.”

South Korea’s Unification Ministry, which deals with North Korean affairs, couldn’t confirm whether it was the first time Kim answered a question from a foreign journalist. But reporters didn’t get opportunities to ask questions of Kim during his three summits with South Korean President Moon Jae-in and his four meetings with Chinese President Xi Jinping.

Kim ignored questions shouted at him during his first summit with Trump last June in Singapore. In an earlier brush with foreign media at the opening of a war museum in Pyongyang in 2013, questions were shouted at him but not answered.

The first journalist to get his response on Thursday was David Nakamura of the Washington Post. As a pool reporter, he was allowed close access to the leaders as the representative of the White House press corps.

“I asked Kim Jong Un if he felt confident he could get a deal with @realDonaldTrump,” Nakamura tweeted. “He replied: ‘It’s too early to say. I would not say I’m pessimistic’.”

Soon after, as journalists were allowed to see the beginning of the final day of talks, Kim responded to several more questions from American reporters in the White House pool — including The Associated Press, Reuters, and Bloomberg. He said he thought it would be a good idea to open a U.S. liaison office in Pyongyang and said through the interpreter that he wouldn’t be in Hanoi if he weren’t willing to discuss denuclearization.

The interpreters — Yun-hyang Lee, who also translated for Trump at his first meeting with Kim in Singapore, and Sin Hye Yong, for Kim — played a key role in the exchanges.

Shouted or unapproved questions are usually simply not translated to begin with. But with Trump responding, it appeared natural for Kim to follow suit. The interpreters interpreted. And Kim jumped right in.

Kim’s confident performance in Hanoi began as soon as he got off the train.

Despite tight security that is the rule at summits, foreign media were allowed to get right up beside him as he got off his armored train at the Chinese border to switch to a limousine for the drive the rest of the way to Hanoi. /kga