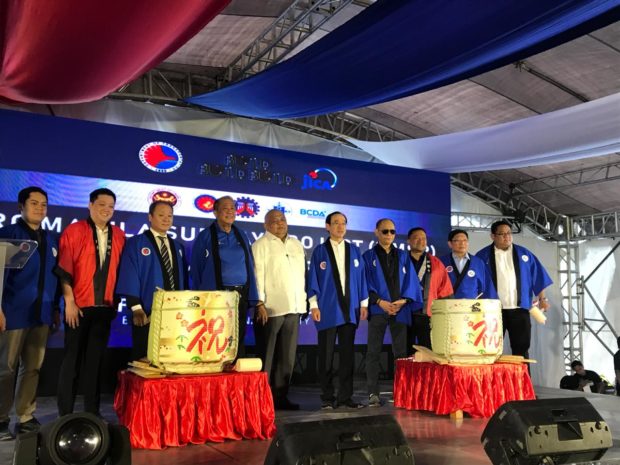 MANILA, Philippines — As the Department of Transportation (DOTr) breaks ground for the construction of the Metro Manila Subway system, Malacañang has called on the next administrations to exert all efforts until the multi-billion project is fully completed.

Presidential Spokesperson Salvador Panelo made the appeal Wednesday, just hours after the ceremonial groundbreaking of the project in Valenzuela City.

The project is an expansive 36-kilometer railway system, which will have 15 stations from Quirino Highway in Quezon City to the Naia Terminal 3 in Pasay and FTI in Taguig.

The DOTr is targeting partial operability by 2022, which marks the end of the Duterte administration.

“With this foundation, we request succeeding administrations to exert the same effort until the railway system is fully completed,” Panelo said in a statement.

The Palace official also hit back at the critics of what it called the “project of the century.”

“The critics say it can never be done. The cynics say it is just a dream. We are pleased to announce today’s groundbreaking ceremony of the Metro Manila Subway, which will be the first-ever underground railway system in the Philippines,” Panelo said.

“The Metro Manila Subway has been dubbed as the project of the century as it is considered a major transformational project in mass transport in the country,” he added.

Panelo further assured that Malacañang will be monitoring the progress of the project and commits its all-out support to the DOTr and all agencies involved.

“We also ask the public to remain patient as it is us who will greatly benefit from gains of this major infrastructure project in the near future,” Panelo noted.

The multi-billion Metro Manila subway is among the flagship projects under the Duterte administration’s “Build, Build, Build” infrastructure program. /je