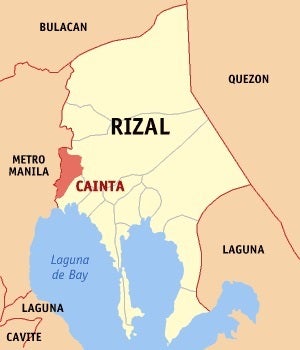 MANILA, Philippines — The suspect in the alleged rape and mauling of a Grade 3 student who was found under a bridge in Cainta, Rizal, has been arrested.

The suspect was arrested in Cubao, Quezon City, after authorities received information about his whereabouts, Supt. Giovanni Hycenth Caliao, commander of Cubao Police Station, said Wednesday. Tagal was turned over to Cainta police at midnight.

On Monday, the nine-year-old student was found under the Mapandan Bridge along Ortigas Avenue Extension in Brookside Hills Subdivision, Cainta, at about 5 p.m.

Investigators said a witness saw Tagal abduct the girl in Block 42, Sitio Batasin, in nearby Taytay town at about 9 a.m. /cbb