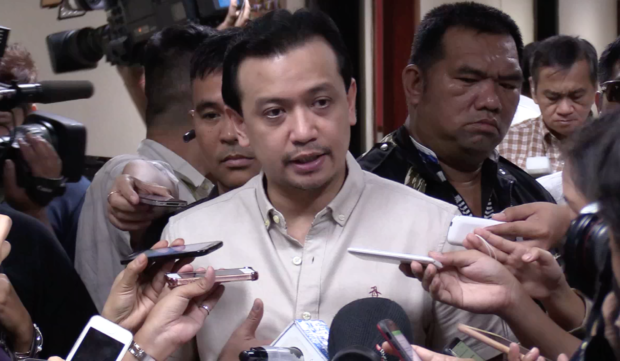 “After carefully evaluating the evidence on hand, this Office finds the same sufficient to establish the existence of probable cause against herein respondent [Trillanes] for the crime of inciting to sedition,” read the resolution approved by Senior Deputy City Prosecutor Officer-In-Charge Dolores Rillera.

The complaint against Trillanes was filed by Atty. Nasser Marohomsalic, Labor Undersecretary Jacinto Paras, Anti-Corruption Commissioner Manuelito Lina and Atty. Eligio Mallari based on the statement made by the senator calling the police and military not to follow President Rodrigo Duterte.

Trillanes made the statement on September 2018 in reaction to Duterte’s Proclamation 572 that revoked the amnesty given to him by former President Benigno Aquino III. In the said proclamation, the President called on the police and military to arrest the senator.

In a separate statement, addressing the police and military, complainants quoted the senator as saying “Duterte will not be there for long, please do not do anything illegal or unconstitutional.”

The resolution noted that the Senator’s statement made during media interviews tends to “incite feelings of hatred and distrust toward the President of the Philippines and the government of the Philippines that he represented.” Trillanes’ statement, the resolution noted was disseminated to the general public “thereby creating a danger of breach of peach and public order.”

This is the second inciting to sedition case against Trillanes that has been filed in court. /je