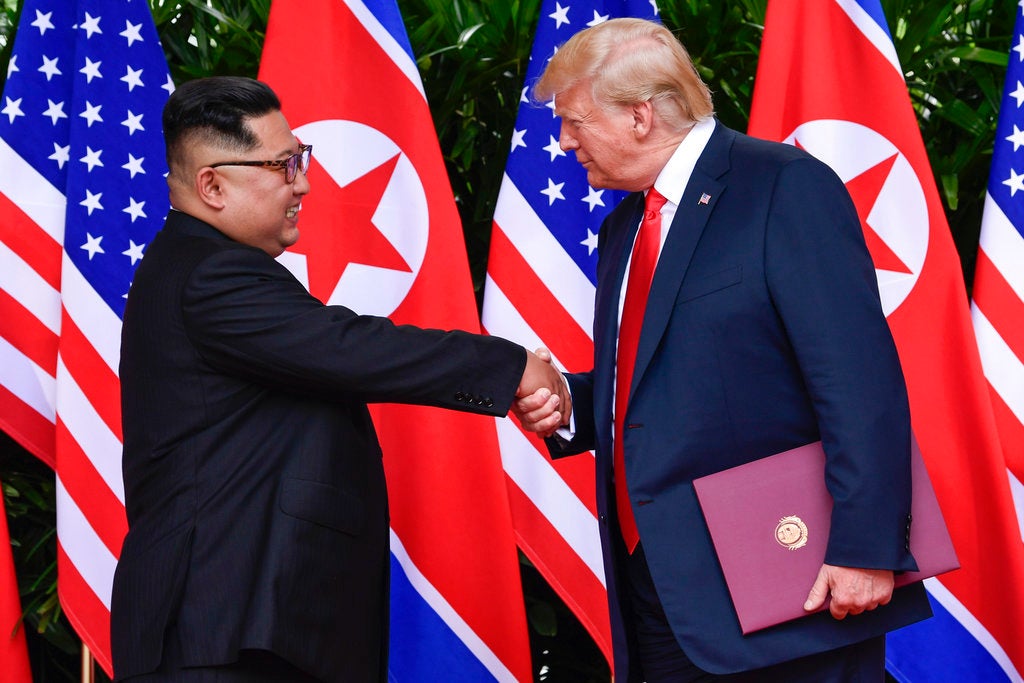 North Korea leader Kim Jong Un and US President Donald Trump shake hands at the conclusion of their first summit at the Capella resort on Sentosa Island Tuesday, June 12, 2018, in Singapore. AP

HANOI, Vietnam – US President Donald Trump and North Korean leader Kim Jong Un will meet for dinner in Hanoi on Wednesday before their previously announced talks the next day, the White House said Tuesday.

The dinner in the Vietnamese capital extends Trump’s diplomatic mission to get North Korea to give up nuclear weapons into a two-day affair.

Press Secretary Sarah Sanders told White House reporters that Trump and Kim would greet each other one-on-one before the dinner.

Trump will then be accompanied for the meal by Secretary of State Mike Pompeo and acting chief of staff Mick Mulvaney.

Kim was expected to bring two of his own officials.

No details were available about the scheduling of what is expected to be the main event on Thursday, where Trump will pursue his trailblazing attempt to end the half-century standoff with North Korea and persuade Kim to scrap his nuclear capability.

The North Korean arrived in Vietnam on Tuesday after a marathon train journey. Trump was due to touch down in Air Force One later in the day. /cbb