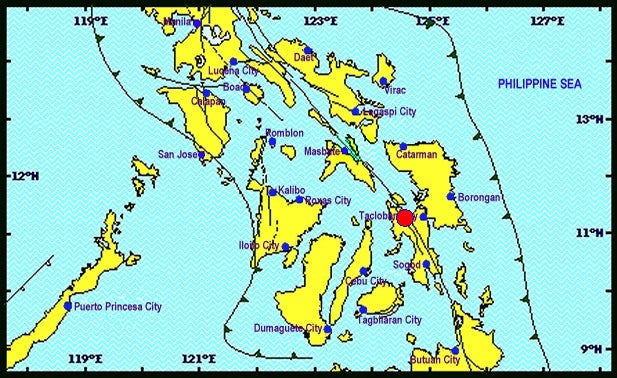 According to the Philippine Institute of Volcanology and Seismology (Philvocs), a magnitude 4 earthquake occurred at 4:48 a.m. with the epicenter located in Capoocan town, Leyte.

The inland tremor struck at a shallow depth of eight kilometers.

The local disaster risk reduction management office of Capoocan said that while residents felt the quake, it did not cause any damage or aftershock.

The second tremor occurred at 7:02 a.m. at magnitude 2.6. The epicenter was traced in Kananga town, Leyte.