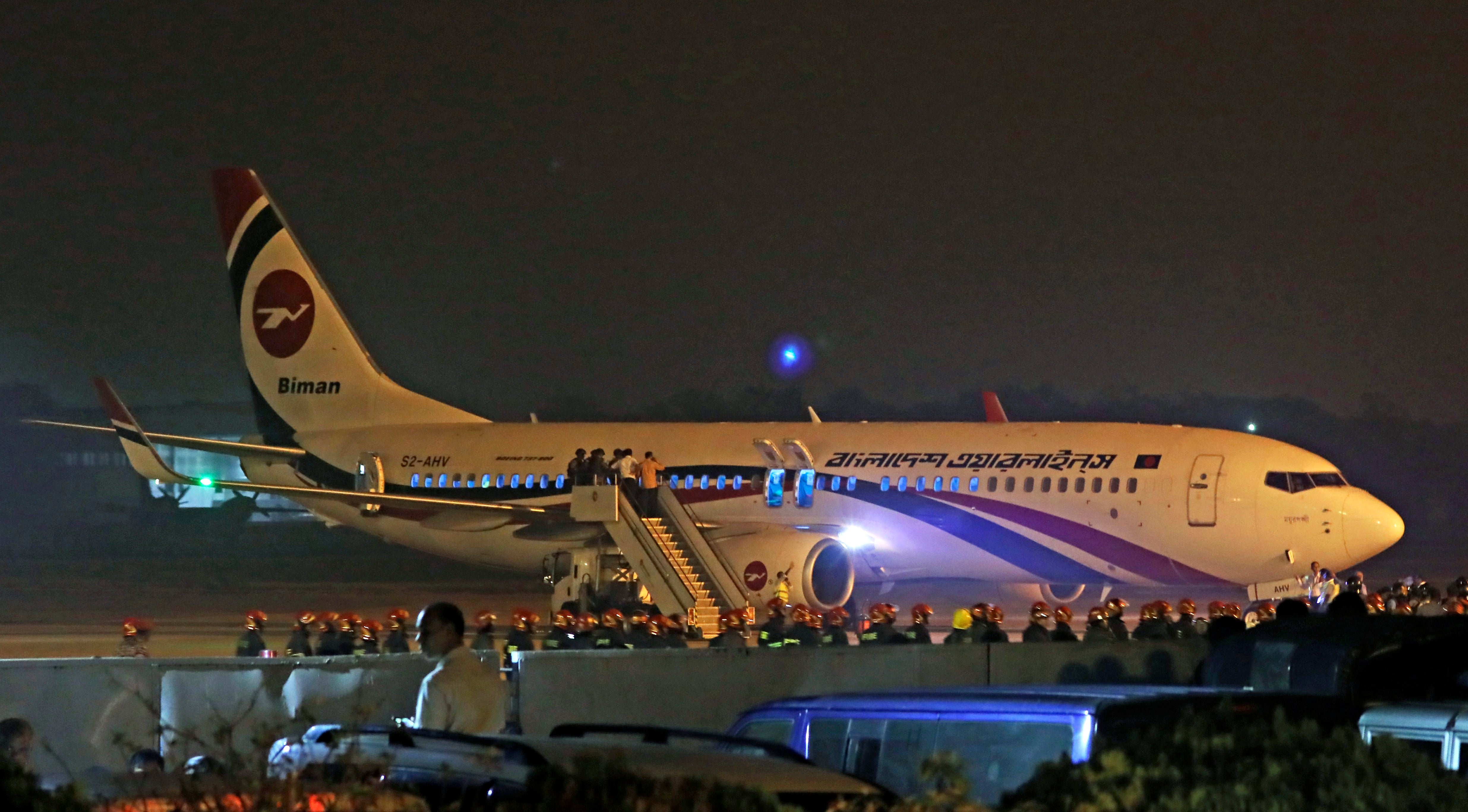 Bangladesh’s state-run Biman Bangladesh Airlines flight is seen after it made an emergency landing at the airport in Chittagong, Bangladesh, Sunday, Feb.24, 2019. A Bangladesh air force official says the flight from the capital, Dhaka, bound for Dubai made the emergency landing, after a man allegedly attempted to hijack the plane. (AP Photo)

DHAKA, Bangladesh — A flight bound for Dubai from Bangladesh’s capital, Dhaka, made an emergency landing Sunday in Chittagong, Bangladesh, after a man attempted to hijack the plane, officials said.

The Bangladeshi suspect asked to speak to the country’s prime minister before dying from injuries in an exchange of gunfire with military commandos, they also said.

The flight, operated by state-run Biman Bangladesh Airlines, took off from Dhaka at 4:35 p.m. for the trip to Dubai via Chittagong.

The pilot made the emergency landing in Chittagong about 40 minutes later, after a crew member reported “suspicious behavior” by the man, said Rezaul Karim, an official with the Bangladeshi military’s inter-service public affairs office.

The commandos fired at the suspect after he shot at them when they asked him to surrender, army Maj. Gen. Motiur Rahman told reporters, according to ATN TV news.

He said the suspect was carrying a pistol, but did not say where the shooting took place.

The army official said the suspect, whose name has not been released, asked to speak to his wife and to Prime Minister Sheikh Hasina. The suspect died before reaching the hospital, he said.

The suspect appeared to be “mentally imbalanced,” said Air Vice Marshal M. Naim Hassan, chairman of the Civil Aviation Authority. “I am saying this because of his behavior. He wanted to talk to the prime minister.”

Before the suspect was pronounced dead, Rahman, had described him as a “terrorist” and said he had been arrested and was being questioned.