Angara bonding with son at UP | Inquirer News

Angara bonding with son at UP 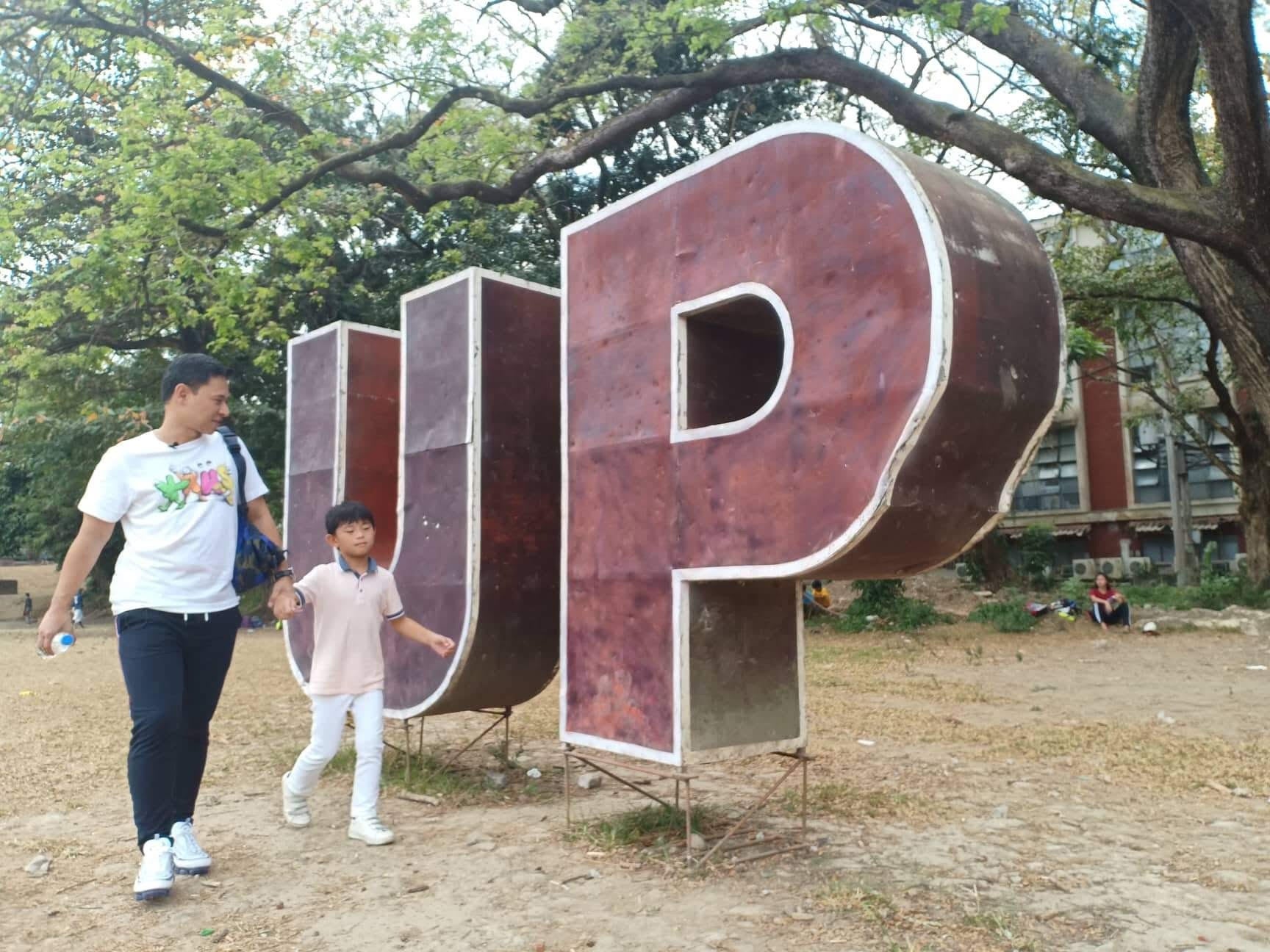 MEMORY LANE Sonny Angara (left) was 9-years-old when his late father, Edgardo, first brought him to the UP campus in Diliman. This time, it was Sonny’s turn to bring his son, Javier, 7. —ARLYN DELA CRUZ

It was an ordinary Saturday at the University of the Philippines campus in Diliman, Quezon City.

At the sunken garden, a group of students was practicing for a cheering squad. A baseball game was in progress in one spot. A couple of bikers were resting.

A woman and her daughter were eating banana cue and a man was holding his son’s hand as they passed by the College of Law building.

Then a shriek: “Senator, can we have a selfie?”

It was addressed to Sen. Juan Edgardo “Sonny” Angara, who was strolling with his son, Javier, 7.

Angara, who is running for reelection, obliged and Javier was told his father was a senator.

The boy was eager, though, to learn more about another senator, Manny Pacquiao.

Angara’s wife, Tootsy, told their son: “Look, your father is also a senator.”

Angara took his son to where he and his late father, Edgardo, studied. He wanted Javier to ride the iconic UP Ikot jeepney, and taste Rodic’s famous tapsilog and ice cream on the cone.

The heat did not bother Javier, who was all smiles as he rode the jeepney.

Tootsy took the ride, too, and showed how she had been used to it.

“I used to ride the jeepney in Baguio City,” she said.

In the UP Ikot jeepney, Tootsy  handed the  fare from other passengers to the driver.

It was not just about Javier’s first jeepney ride, though, or the boy’s first taste of the famous tapsilog.

It was, for the senator, a reminder of what UP had taught him—nationalism and love of country.

“Talk to anyone from UP and you’ll feel a sense of nationalism,” Angara said. “Like, what are you doing for your country?”

Doing something for one’s country, however, is not enough for Angara. His father taught him it should be doing something best for the country.

Angara recalled a dialogue with his father after graduating from law school at UP.

“I also bragged to him that I was in the editorial board of the Philippine Law Journal,” Angara recalled telling his father, who replied: “Why are you not editor in chief?”

Angara believed it was his father’s way of saying he could do better.

When his father, then UP president, took him to UP, Angara was just 9 years old.

He last visited UP for the necrological rites for his father, who died in May 2018.

“I am proud of my father,” Angara said.

Doing what’s best for the country, he added, was what his father taught him.

“It’s not enough to love your country. You should do what’s best for your country,” Angara added.

A vendor selling honey from Quezon province, who waited patiently for Angara, did not wait in vain.

He was able to sell a bottle to the senator for P250. To the senator, he said, “Thank you for coming back.”

Love of country that morning also meant keeping your word to a fellow Filipino.

TAGS: son, Sonny Angara, University of the Philippines (UP), UP