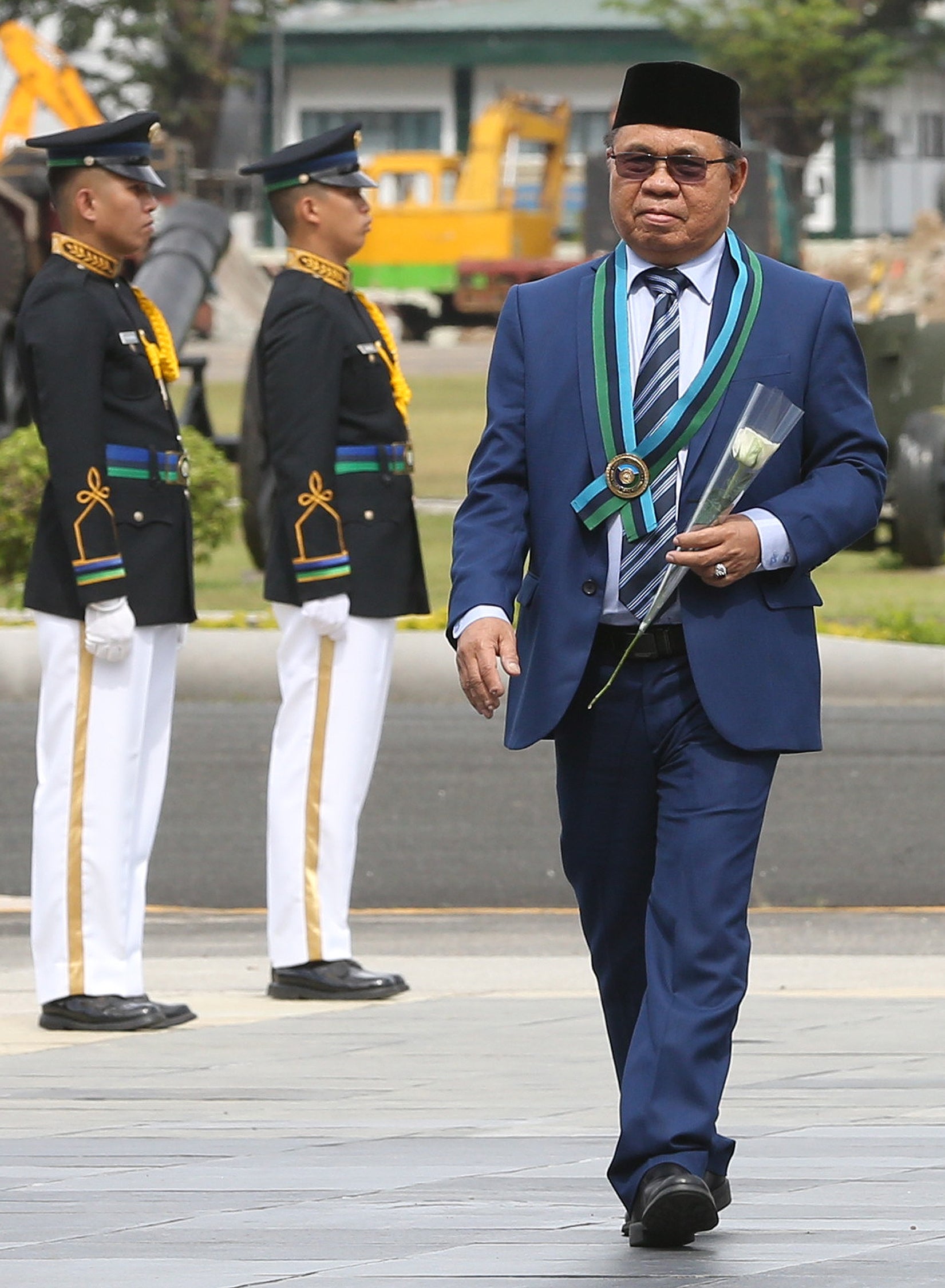 The BTA will run the Bangsa-moro parliament until BARMM’s first regular elections in 2022.

But who is Murad? What brought him to his post in the Bangsamoro?

“I live a simple life, with almost 50 years spent in the underground armed struggle of the Bangsamoro against the government,” said Murad, now 70.

In 1968, Murad was in his final year as a civil engineering student at Catholic-run Notre Dame University in Cotabato City when he was recruited to the MNLF founded by Nur Misuari. He formed part of the “Top 300,” the second batch of Moro fighters who trained in Malaysia.

He headed the MNLF’s Kutawato Revolutionary Committee, which fought the military and the dreaded Ilaga paramilitary group in Central Mindanao in the 1970s.

Before he assumed that post, Murad had the reputation of being the MILF’s top hawk and guerrilla commander as vice chair for military affairs and chief of staff of the Bangsamoro Islamic Armed Forces (BIAF), the MILF’s armed wing.

He eluded capture during the all-out war waged by then President Joseph Estrada in 2000 and the 2003 Buliok campaign during the Arroyo administration.

The MILF’s Camp Abubakar Al Siddique fell in 2000, and in 2003 government forces overran the Buliok complex, Salamat’s headquarters, which straddled parts of Pagalungan in Maguindanao province and Pikit, Cotabato province.

Von Al Haq, BIAF spokesperson, described him “as a reasonable and fair leader.”

“[He exemplifies] leadership by example. When he was the BIAF chief, he would immediately address problems to prevent them from getting out of [hand],” Al Haq told the Inquirer.

Murad is also “approachable, diplomatic and does not have a temper,” he added.

Murad is married to Hadja Lupia Ebrahim and they have two children and 10 grandchildren.

The only controversy attached to Murad has been that he holds Malaysian citizenship, which he vehemently denies.

On Jan. 21, voters in the Autonomous Region in Muslim Mindanao (ARMM) ratified Republic Act No. 11054, or the Bangsamoro Organic Law, paving the way for the BARMM’s creation.

Cotabato City, which twice rejected inclusion to the ARMM, although it hosts the regional government center, voted this time to be part of the BARMM.

In the succeeding plebiscite on Feb. 6, 63 villages in Cotabato province also voted to be part of the new autonomous region. Lanao del Norte rejected the bid of six of its towns to join the BARMM.

After Friday’s oathtaking in Malacañang, the ARMM will formally hand over the reins of power to the BARMM. No date has been set for that.

What can the people expect from Murad now that he is part of the government he once fought?

“I would like to treat everybody equally,” he said. “I will not allow nepotism. I’d like to pursue good governance in the Bangsa-moro to counter the lingering ills such as graft and corruption.”

“My life is fully dedicated to the struggle of the Bangsamoro people,” he told the Inquirer. “Whatever we achieved, it is not for ourselves but for the sake of the next generation.”