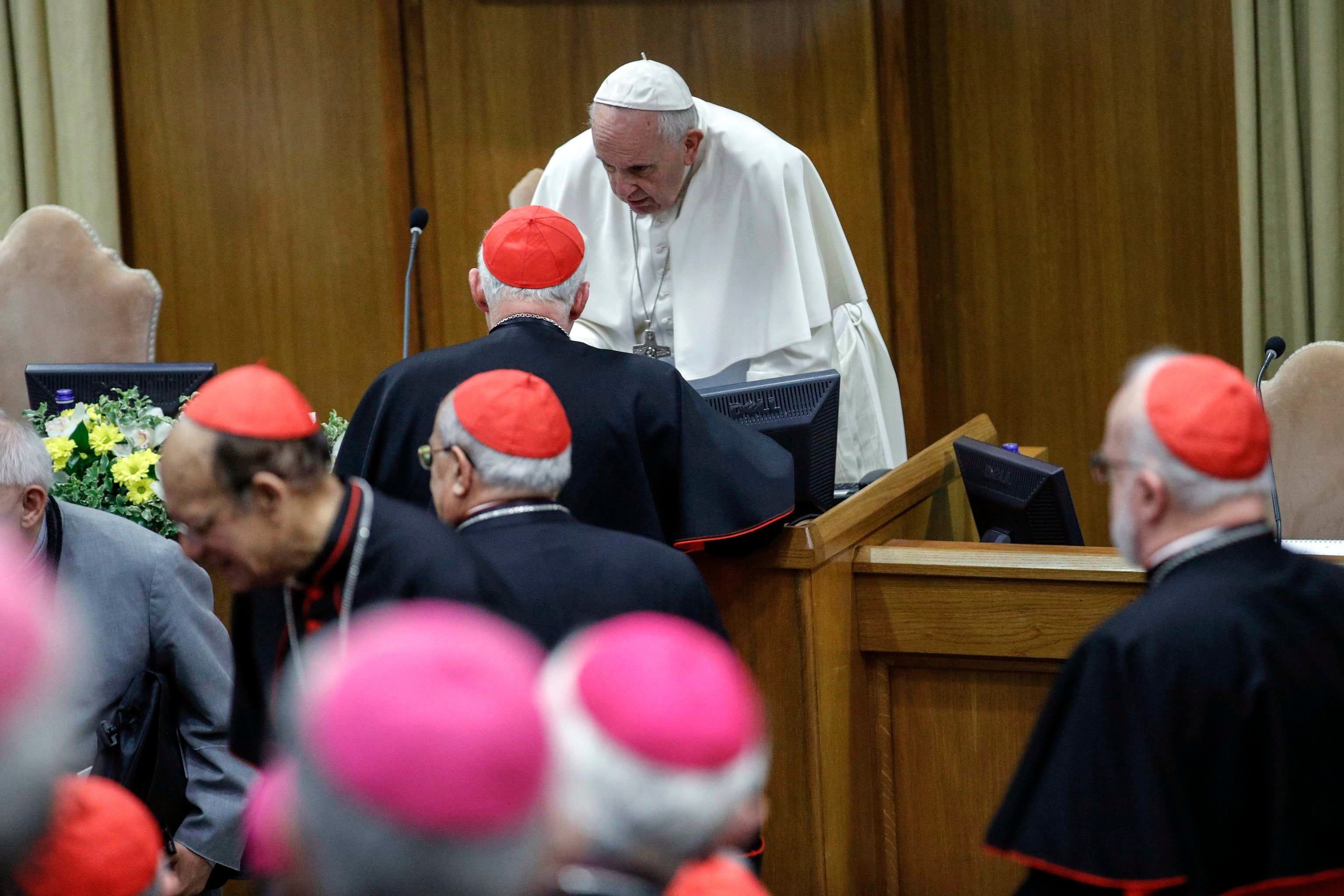 Pope Francis arrives at the opening of the second day of a Vatican’s conference on dealing with sex abuse by priests, at the Vatican, Friday, Feb. 22, 2019. Pope Francis has issued 21 proposals to stem the clergy sex abuse around the world, calling for specific protocols to handle accusations against bishops and for lay experts to be involved in abuse investigations. (Giuseppe Lami/Pool Photo via AP)

“The holy people of God looks to us, and expects from us not simple and predictable condemnations, but concrete and effective measures to be undertaken,” he said as the summit opened, the first of its kind.

“Hear the cry of the little ones who plead for justice,” he said as the three-and-a-half day meeting began.

Francis handed out a 21-point list of “guidelines” which included suggestions, such as drawing up codes of conduct for priests, training people to spot abuse and informing police.

Maltese Archbishop Charles Scicluna, one of the summit’s organizers, described the proposals as “a road map for the future development of policy” which “governs all aspects of getting it right.”

The ongoing scandals have escalated into a crisis which has touched many countries, with recent cases affecting Chile, Germany and the United States.

In the latest case, a group supporting victims of pedophile priests in Poland on Thursday released a report documenting nearly 400 cases of sex abuse by clerics.

In Rome, the 82-year-old pontiff hopes to raise awareness about abuse through prayers, speeches, working groups and testimonies from victims.

The summit, he said, was a moment to “turn this evil into an opportunity for purification” and “heal the wounds that the grave scandal of pedophilia has caused, both in the little ones and in believers.” —AFP