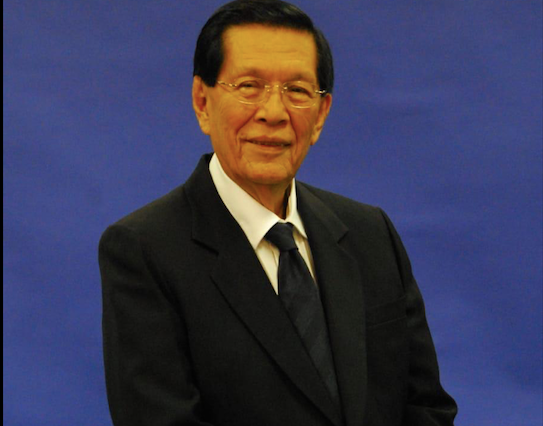 “I calculate about 60-70 percent of our energy requirements are imported,” Enrile said in a fourth episode of Itanong Mo kay Mang Johnny, a multiplatform phone-in show aired on Radyo Inquirer and Inquirer 990 Television.

“We don’t have oil, we don’t have natural gas. We do have geothermal and hydropower, as well as solar and wind but these last two contribute very small percentages,” he added.

Enrile asserted that after the “first half of the century, oil could very well reach $150 per barrel.”

The senator added that even China is faced with the same “precarious situation given that it imports 80 percent of its fuel.”

Enrile also noted that the Philippines is still developing its renewable sources of energy.

“Wind and solar each probably contribute only one percent And solar requires a lot of land, eventually you have to decide whether you will use land to grow food or produce energy,” Enrile said, referring to the limitations of Philippines’ source of energy.

“There has really been no government neglect of the energy crisis. There may have been some inadequacies, but the real problem is the lack of money. We have to open the country to the necessary capital to explore all our resources. We may have oil here in the country, but we don’t have the money (to explore for it),” he said.

“Our first obligation is to give up our life for our country. No one else will protect you, your family and your children except yourself and the people,” he said.

When asked about his opinion on improving the  country’s armed forces, Enrile called for a stronger Navy and Air Force in the Philippines.

“We need a strong Navy. We need a strong Air Force. Our ground forces are sufficient, but we don’t have the air power for a protective umbrella over the Phillippines. We still don’t have a Navy that can face the Chinese Coast Guard on equal terms,” he said.