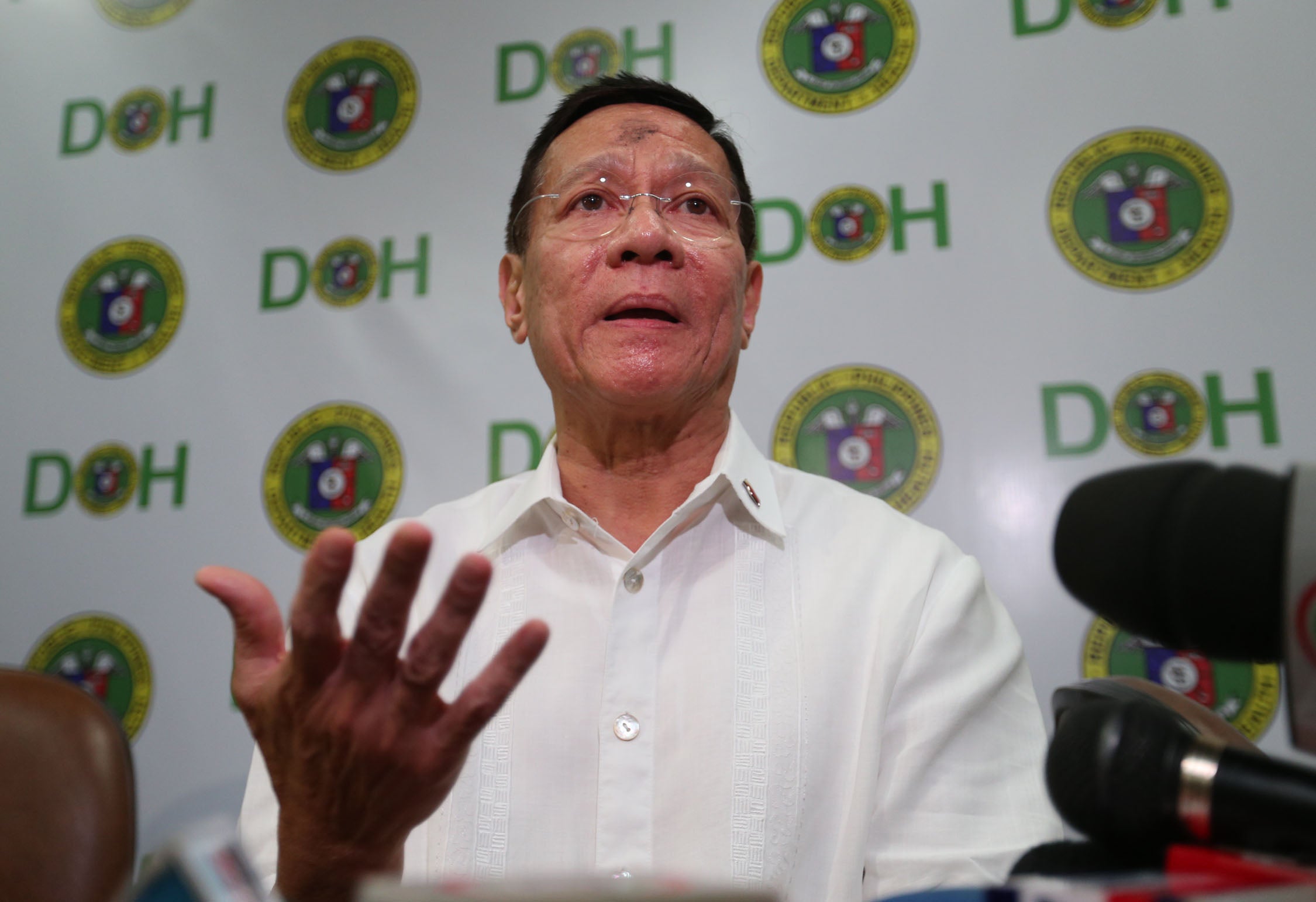 Health Secretary Francisco Duque III on Thursday called on Congress to raise the excise on tobacco and alcohol to finance the implementation of a newly signed law giving all Filipinos access to health care services.

“We call on our lawmakers to invest in the health of all Filipinos by appropriating the right budget and supporting other significant pieces of legislative health reforms, such as further increases in sin taxes,” Duque said in a news conference at the Department of Health (DOH) head office in Manila.

Funds for the law’s implementation would come from taxes on sin products, such as alcohol and tobacco, the Philippine Charity Sweepstakes Office, Philippine Amusement and Gaming Corp., DOH, government subsidy to PhilHealth, and contributions from PhilHealth members.

In the first year of implementation, P257 billion is needed, but the law is given only P217 billion in the P3.8-trillion proposed budget for 2019.

Duque said the P40-billion funding gap was reduced to P2 billion in the final version of the budget law that Mr. Duterte had yet to sign.

Sen. JV Ejercito, the Senate health committee chair, who was at the news conference, said the senators on the Senate-House budget conference committee added P18 billion in subsidies to the DOH budget and gave the agency P19.8 billion more for hospital and health center operations.

Congress has raised the excise on alcohol and tobacco through a tax reform law that took effect in January last year.

The Department of Finance has proposed further increases and the DOH is looking to steer some of the revenue toward implementation of universal health care.

The new law enrolled all Filipinos in the National Health Insurance Program, either as “direct” or “indirect” contributors.

Roy Ferrer, acting president and CEO of PhilHealth, who was also at the news conference, sought to ease concerns that people might stop paying premiums since all citizens would benefit from medical services.

PhilHealth, he said, would introduce additional benefits for direct contributors next year, including free medical consultations, laboratory tests and other diagnostic procedures, and medicines for specific illnesses.

Duque responded to worries about the staff shortage at the DOH affecting implementation of universal health care, saying the department was giving priority to staffing and would solve the problem in phases.

He said the ideal staffing for health centers in villages with 5,000 residents was two—a nurse and a midwife.

Second-level rural health stations, serving up to 20,000 people, require 12 to 14 health workers, including at least one doctor.

Priority to the poor

Health Undersecretary Mario Villaverde, head of the DOH’s health policy and systems development team, said priority would be given to isolated, disadvantaged or underserved areas of the country.

All concerns about the enforcement of the new law are expected to be covered by implementation rules that the DOH, PhilHealth and other agencies are required to draft within 180 days of the signing of the measure.

Quezon Rep. Angelina Tan, head of the House health committee, said full enforcement of the universal health care law would take time and would be challenging to the implementing agencies.

But with health care now available to all under the new law, according to Ejercito, Filipinos “should no longer be afraid because they [already know] that the government is ready to give them assistance.”