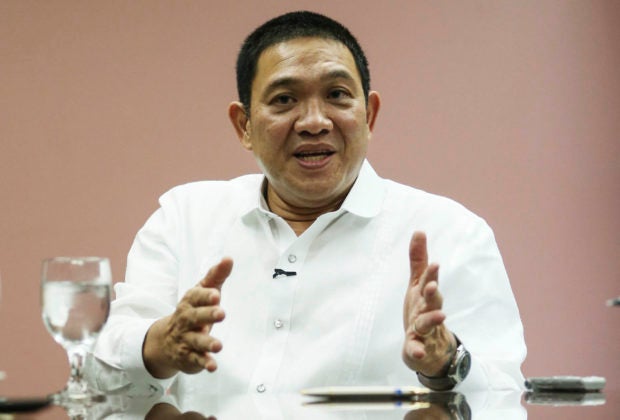 House appropriations committee chair Rolando Andaya Jr. on Thursday questioned Budget Secretary Benjamin Diokno’s insistence that the government could impose cash-based budgeting even after it was deleted in the approved 2019 spending budget.

Andaya said that if indeed the shift to cash-based budgeting did not need congressional approval, as Diokno claimed, the executive department should not have included it in the budget proposal as a policy shift.

“The simple act of proposing is an admission of the lack of a legal basis,” he said, referring to the proposed budget submitted to Congress by the executive department.

Diokno on Wednesday said the government would implement the new budgeting system for 2019, despite the bicameral conference decision deleting the provision in the approved spending bill.

He cited provisions of the Administrative Code of 1987 as legal basis for cash-based budgeting, maintaining that the content and form of the budget was an executive decision.

But Andaya refuted this, saying: “Anything about budget authorization follows the saying ‘the executive proposes and the legislative disposes.’”

Not subject to veto

According to the Camarines Sur representative, Diokno himself admitted that the executive did not have the power to reinstate provisions that were deleted by Congress.

“Secretary Diokno acknowledged that since the provision on cash-based budgeting was removed in the bicameral version of the general appropriations bill for the proposed P3.8-trillion national budget, it could not be subject to a veto by the President as vetoes were meant to remove provisions, not reinstate them,” he said.

If Diokno insists on shifting to cash-based budgeting, the government must be able to generate enough revenues to fund the obligations for 2019, and those payables carried over from last year, which amounted to more than P100 billion, Andaya said.

Bayan Muna chair Neri Colmenares said cash-based budgeting was “dangerous during these times” as it would lead to underspending.

“This system will give the executive, especially the Department of Budget Management, more power to realign so-called savings,” he said.