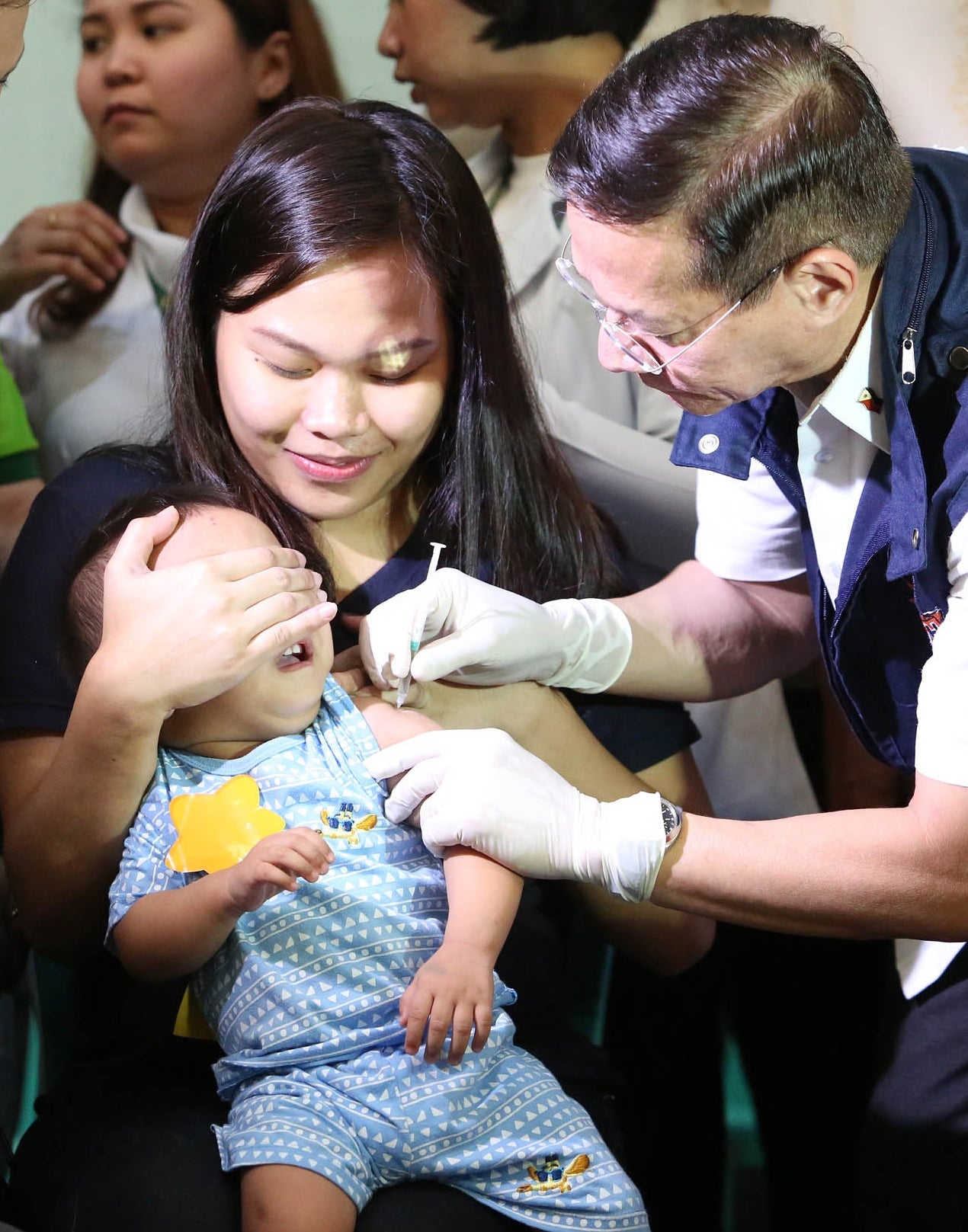 CEBU CITY — The government campaign to ratchet up measles vaccination may have a lot of catching up to do as the number of measles cases in two regions in the Visayas and one in Mindanao continued to spike.

Department of Health (DOH) reports from Central and Eastern Visayas and Western Mindanao showed the spread of measles is outpacing the renewed government effort to administer vaccines mostly to children.

In the provinces of Cebu, Bohol, Siquijor and Negros Oriental, the number of measles patients had gone up to 316 with four deaths as of Feb. 19, according to the DOH regional office in Central Visayas.

The latest fatality was an 8-month-old boy from Carcar City, Cebu.

Records at the DOH office in Eastern Visayas showed the number of measles cases was already 463 with 16 deaths as of Tuesday.

The Eastern Visayas record was way above the number of cases in 2018 which was only 241 with five deaths.

John Paul Roca, Eastern Visayas DOH information officer, said 13 of the fatalities were from Leyte province. Four were from Tacloban City and three from Samar province.

The latest fatality in Eastern Visayas was a year-old girl from the town of Alangalang in Leyte, who died on Feb. 16 at the Eastern Visayas Regional Medical Center in Tacloban City.

Roca said at least 312 measles cases were reported in Leyte, including 98 cases in Tacloban City and 108 cases in Samar.

Health officials, however, said they see a silver lining in reports about the increase in the number of cases. These helped convinced parents to have their babies vaccinated, they said.

Massive vaccinations have been conducted not just in rural health centers but also in public gymnasiums, village centers and schools.

Roca said the DOH target in Eastern Visayas was to vaccinate 478,900 children.

He said the DOH was now optimistic about reaching a vaccination rate of 85 percent as a result of increasing awareness.

Last year, the DOH was able to reach only 55 percent vaccination rate because of fear generated by the Dengvaxia vaccine controversy when parents refused to have their children vaccinated.

Several children’s deaths had been linked to Dengvaxia.