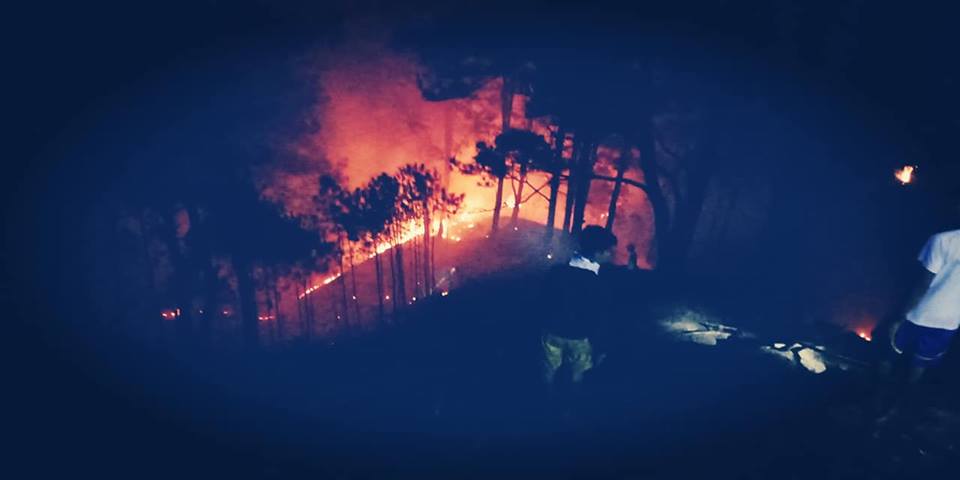 BAGUIO CITY — Five men were killed on Wednesday while helping put out a fire that razed a 60-hectare forest area in Benguet province.

The victims, four of them foresters of Philex Mining Corp., went to help put out the blaze but were trapped when the fire quickly spread due to strong winds, according to lawyer Eduardo Aratas, the mining firm’s legal officer.

The four foresters were identified as Dante Molina, Noel Dagiyem, Marlon Guiniguin and Dexter Labasan, while the fifth fatality was Leon Mocate, a local resident.

Aratas said Philex would provide financial assistance to the victims’ families as well as help transport their bodies to their hometowns.

The fire, which started around 1 p.m. on Wednesday, also destroyed a storage facility owned by the mining firm.

The affected area straddles the boundary of Itogon and Tuba towns in Benguet. The blaze was first seen at the eastern part of Sitio Sal-angan at Barangay Ampucao in Itogon, and immediately spread to nearby areas.

Firemen from the two towns reached the area, about 30 kilometers from the Itogon fire station, around 2:30 p.m. The fire was declared under control four hours later.

Chief Insp. Nestor Gorio, acting provincial fire marshal of Benguet, said fire officials had yet to determine the cause of the fire.

Another fire struck a forest area at Sitio Sta. Fe, also at Barangay Ampucao, on Thursday afternoon but no casualties were reported.

It was not immediately known whether the two fires were related.

The Philippine Air Force (PAF) had sent its rescue helicopter to help contain the second forest fire, which was near  Saint Louis High School at Philex Ampucao.

“We had to return to the high school area because the fire grew bigger,” Aratas said.

On Jan. 22 last year, the popular hiking destination Mt. Pulag in Benguet was hit by a fire caused by a damaged portable butane stove used by a couple of trekkers.

The stove burst. One trekker threw the burning stove toward the grassland, igniting a fire and causing damage estimated at P2.3 million.

Nearly 6 ha of vegetation, including the rare dwarf bamboo, were caught in the blaze that started at Saddle Camp in  Mt. Pulag National Park.

The park draws approximately 400 hikers at any given time.

Last month, the Akiki trail, one of the major routes to Mt. Pulag, had been closed to trekkers after a forest fire razed parts of Poblacion and Eddet villages at Kabayan town in Benguet.

It took seven days for firefighters to put out the fire that began on Jan. 31. —KIMBERLIE QUITASOL