Swamp eels: From bane to boon for farmers 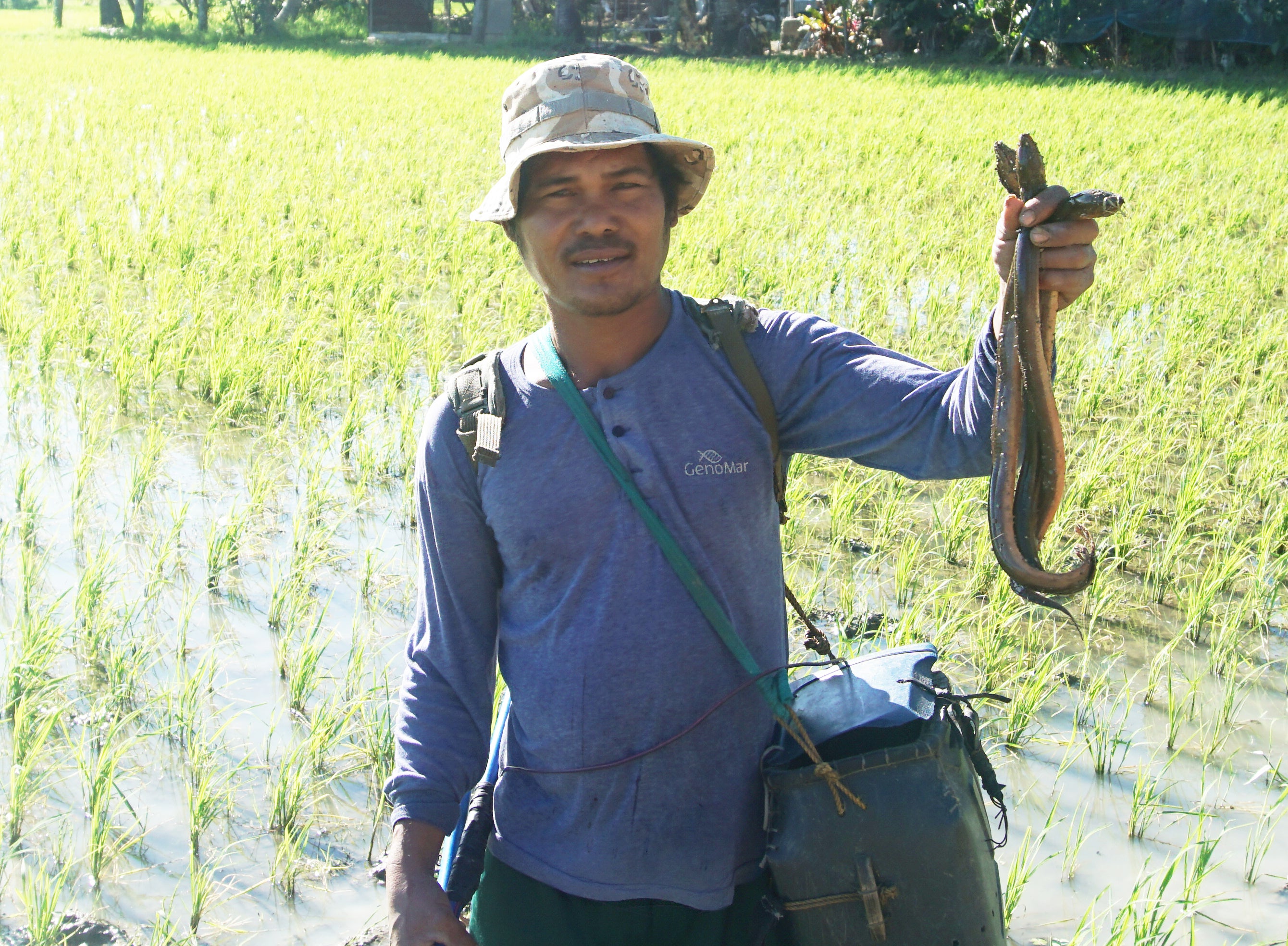 SLIPPERY CATCH A farmer shows eels he caught from a rice farm in the Science City of Muñoz. —ANSELMO ROQUE

The eel is known as Asian swamp eel (Monopterus albus). Locals call it “igat,” “palos” or “kiwit” that grows up to 40 centimeters as an adult.

It burrows as deep as 1.5 meters during dry season to survive humidity.

As a nocturnal fish, it feeds on other fish, crustaceans and other invertebrates and is normally found in rivers, lakes, ponds, marshes, swamps and drains. It has also invaded rice lands.

Studies said its blood is toxic to humans and other animals but proper cooking eliminates its toxic protein.

A group of researchers from the Philippine Rice Institute (PhilRice) said farmers at Barangay Maragol here reported finding “several hundreds or even thousands” of eels in their rice fields during the main cropping season in 2012.

The eels could destroy farm levees, reducing the supply of irrigation water due to seepage.

Nutrients from fertilizers applied on crops were washed out due to the seepage.

“It was difficult to determine where the seepage was coming from because we could not see the holes,” farmers here said. They described the swamp eels as similar to “small snakes seen in the paddy field.”

“Swamp eels are light orange like some poisonous snakes,” they added.

But farmers have learned a quick way to rid their rice paddies of these “invaders” by using a gadget locally called “panguryente.” It is made of two long metallic rods electrified by 12 volts and placed in a box that is carried at the back of the eel catchers.

John Cabating, 42, a farmer, said farmers sell swamp eels to Manila traders whose buyers are mostly Chinese who turn these into delicacies.

When supply is abundant, swamp eels are sold for P120 to P150 a kilogram, the farmers said. The price could reach P280 per kg when the farmland is beginning to dry or the palay crop has already panicles.

“Farm owners allow us to catch eels in the dike’s holes. Sometimes the eels also move around the farmland when there is enough water and we catch them with the use of our gadget,” Cabating said.

About five to six pieces of the eels make a kilogram. A farmer usually gets 4 to 5 kilograms for about five hours of catching the eels at night.