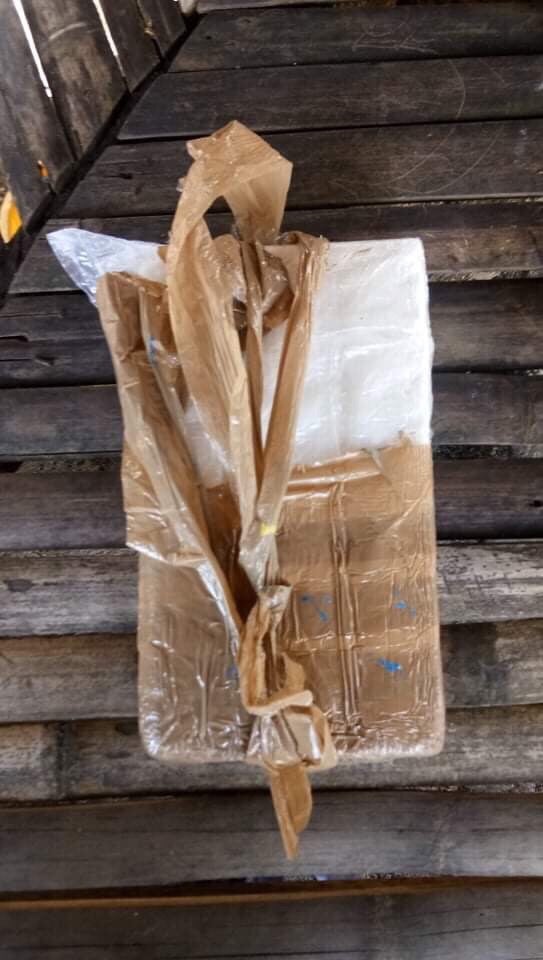 his brick of suspected cocaine was found by a student in Quezon province. The package was already the third found on coastal villages in the province this month. Contributed photo

LUCENA CITY – Another brick of suspected cocaine was recovered by a 15-year-old student in Mauban town in Quezon province on Thursday, police said.

Supt. Chitadel Gaoiran, information officer of the Calabarzon (Cavite, Laguna, Batangas, Rizal, Quezon) regional police office, said in a report that the teenager discovered the brick of white substance near the coastline of Barangay (village) Cagsiay II fronting Lamon Bay in the Pacific Ocean around 12 noon.

Police said the boy took a photo of the heavily packed package before opening it to check what was inside.

The teen then hid the package and later told his brother about his discovery. The two subsequently informed soldiers stationed at the Army’s 59th Infantry Battalion, who consequently informed the local police station.

The package, the third brick recovered in Quezon, is now undergoing laboratory test for confirmation if it is cocaine.

On Monday, a pack of confirmed cocaine weighing 1.01 kilo worth P5.39 million in the street market was also found along the coast of Mauban town.

The next day, one more brick of confirmed cocaine, weighing 1.03 kilograms and worth P5.3 million, was also found along the shore of the island town of Perez also in Lamon Bay. /kga