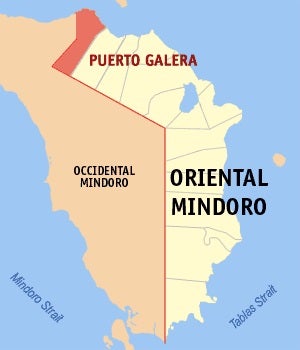 MANILA, Philippines — The Iranian woman who allegedly punched and kicked a policeman and even burned his left hand has a mental illness, police clarified on Wednesday.

The woman, whose name is being withheld, was brought to the Puerto Galera Municipal Police Station on Sunday after allegedly causing a disturbance in Barangay Tabinay. At the police station, she allegedly turned aggressive and berated police officers.

Police Officer 2 Ferr Henrick Mangarin, the woman’s supposed victim, was about to file a case of direct assault against a person in authority against her when police noticed that she was “behaving abnormally” and was “blabbering incoherently” in a foreign language.

Police said a certain Mariar Momtazi Tehrani, also an Iranian and a friend of the woman, later called and informed them that the woman was suffering from a “mental illness.”

Police coordinated with the Puerto Galera Municipal Health Office and a doctor conducted a test on the woman. The doctor diagnosed her as suffering from a Bipolar 1 Disorder and noted that she had self-inflicted multiple contusions and hematoma in her hands and arms.

Upon knowing the condition of the woman, Mangarin executed an affidavit of disinterest to file a case.

The family of the woman requested that she remain at the police station pending the arrival of members of the Iranian Embassy to produce an urgent VISA for her. /cbb

ADVERTISEMENT
Read Next
Police rescue 4 girls used as sex slaves in ‘drug den’
EDITORS' PICK
Cebu City closes its borders
IATF: Food firms to operate with 50% of workforce during Luzon quarantine
BREAKING: 1,075 people in PH has coronavirus disease – DOH
UP-PGH wards for COVID-19 patients finished in 5 days
Style and music journeys with Claudia Barretto
DILG to stranded workers: ‘Stay where you are’ until Luzon-wide quarantine is over
MOST READ
Locsin blasts DOH for blocking entry of Chinese doctors
Another doctor dies due to COVID-19 in Cebu City, doctor-husband critical
DOH pressed to expand, speed up virus testing
No more bread? Company forced to limit production
Don't miss out on the latest news and information.