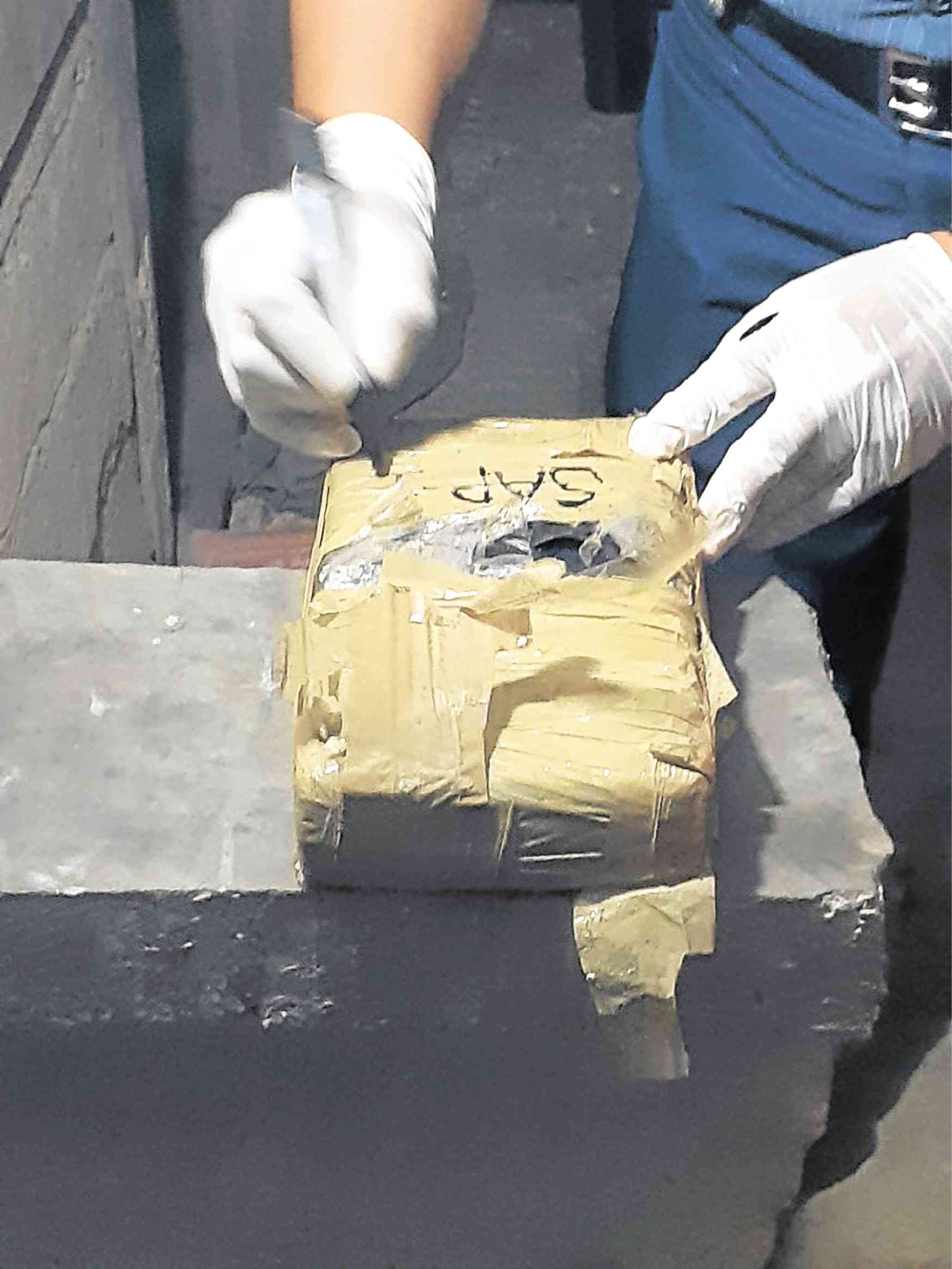 The Philippine National Police has urged coastal communities along the eastern seaboard to be on the lookout for cocaine washing ashore after several packs of illegal drugs were found in different provinces in Luzon and Mindanao recently.

Blocks of cocaine, weighing 92.7 kilograms and worth P491.254 million, had been recovered over the past week along coastlines in the Bicol, Calabarzon and Caraga regions.

“We are expecting to recover more blocks of cocaine, possibly in [Eastern Visayas], in Samar or Leyte provinces,” Senior Supt. Bernard Banac, PNP spokesperson, said in a press briefing in Camp Crame, Quezon City, on Tuesday.

“We need to be on the lookout, especially those living along the eastern seaboard of the Philippines, on whether there would be more cocaine blocks to be recovered in [Bicol, Calabarzon and Caraga], and even in the Davao region,” he said.

“Our call to our countrymen is to be more alert and immediately report to police any suspicious activities of sea vessels in these areas,” he added.

Banac admitted that the idea of more cocaine blocks washing ashore was just an “assumption” rather than something brought about by specific intelligence.

“But we can’t be complacent. Law enforcement agencies need to be ready and be one step ahead of our enemies,” he said.

Banac also urged coastal communities to be on the lookout for tracking devices believed to have possibly been attached to the cocaine blocks.

None of the recovered cocaine had tracking devices on them but the police believed they could have been accidentally disconnected at sea.

The Philippine Drug Enforcement Agency (PDEA) said the blocks of cocaine were believed to have come from international drug syndicates.

These groups could use large boats needed to travel to distant parts of the Philippine seas where the narcotics were believed to have been dropped, either as part of transshipment deliveries or as decoys while bigger hauls of drugs were shipped elsewhere, PDEA said.

However, PNP Director General Oscar Albayalde said the amount of recovered cocaine was too large to be just a diversionary tactic.

“We believe these had long been afloat at sea and had only now just washed ashore. As of this time, we do not know if these blocks of cocaine were really intended for delivery in our country,” Albayalde told reporters on Wednesday.

“These could have come from a ship that was accosted so [the crew] just threw over the illegal drugs, with the intent of [returning to recover them later]. That’s why some [packs] bore signs that these had GPS (global positioning system device), and some didn’t,” he said.

He said it was possible that two drop-off points had been used by drug couriers, since the areas where the blocks of cocaine were found, Luzon and Mindanao, were too far apart.

In Quezon province, a pack of cocaine was recovered on the shore of the island town of Perez on Sunday.

This was the fifth package found in the waters off Quezon and Bicol provinces in less than two weeks.

On Monday, another pack of cocaine, weighing 1.01 kg worth P5.39 million, was found along the coast of Mauban town, also in Quezon.

In Camarines Norte province, two packs of cocaine were recovered by fishermen in Vinzons town on Feb. 10 and 11, while a third pack was found in the waters off Paracale town on Feb. 16. —With reports from Delfin T. Mallari Jr. and Rey Anthony Ostria

Read Next
‘No fish pen’ policy set in Pangasinan town
EDITORS' PICK
Get exciting deals and discounts when you download the new McDonald’s App
‘House of Kobe’ launched in Valenzuela City hours before hoops star’s death
In appreciation: Kobe Bryant, a life defined by hard work
4 Ways Jollibee’s new store will serve a leveled-up kind of joy to Filipinos in the South
SM continues to send relief assistance to remote towns in Batangas
DOH warns vs eating raw meat, exotic animals amid coronavirus outbreak
MOST READ
College baseball coach, wife and daughter die in crash that killed Kobe
Kobe Bryant’s daughter Gianna also killed in crash
Kobe Bryant’s helicopter flew in fog that grounded other choppers
Hunt out for man caught ‘defecating’ in Intramuros
Don't miss out on the latest news and information.