Duterte: Drug war will be ‘harsher in the days to come’ | Inquirer News
Close
menu
search

Duterte: Drug war will be ‘harsher in the days to come’ 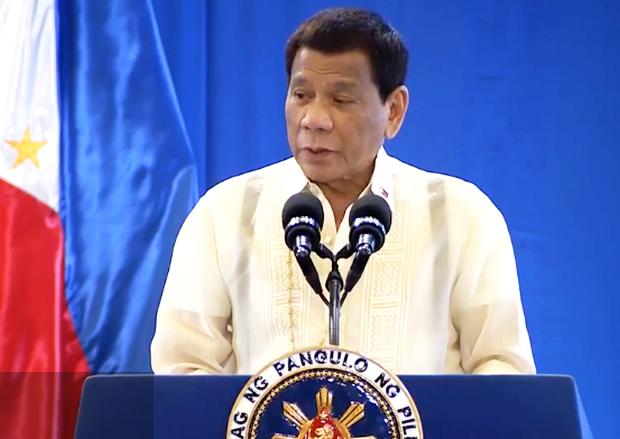 MANILA, Philippines — President Rodrigo Duterte warned on Wednesday that his anti-drug campaign would be “harsher in the days to come.”

“And I am declaring war. I am not declaring a punitive police action. It cannot help and it would not help. So early on I decided but I think I’d be more — well I said harsher in the days to come,” the President said in a speech in Malacañang.

Despite saying that nobody could solve the drug problem, Duterte said he would fulfill his promise to end the illegal drug problem during his term.

“I’m not speculating on my competence or ability. Far from it, actually. Nobody can solve it in due time,” he said. “Pero gusto kong tapusin ko talaga ‘to sa panahon ko.”

[But I really want to finish this during my term.]

“I have the three years left, and I’m putting notice to everybody and the same sloganeering. Maybe it leaves a bad taste in the mouth every time I say it, but I have to say it. At least you are forewarned,” he added.

The President then reiterated his vow that he would not allow anyone to destroy the Philippines, especially the youth, with illegal drugs.

He also threatened to kill those behind the smuggling of illegal drugs into the Philippines.

“And also for those guys who keep on with their business of importing — be they Mexicans or Chinese or Filipino. If you continue to feed our children with drugs, there’s no way that… talagang maaabutan ko kayo at papatayin ko kayo,” he said.

[I will get to you and I will kill you.]

When he assumed office on June 30, 2016, the President has been pushing for ending the proliferation of illegal drugs in the Philippines. /atm