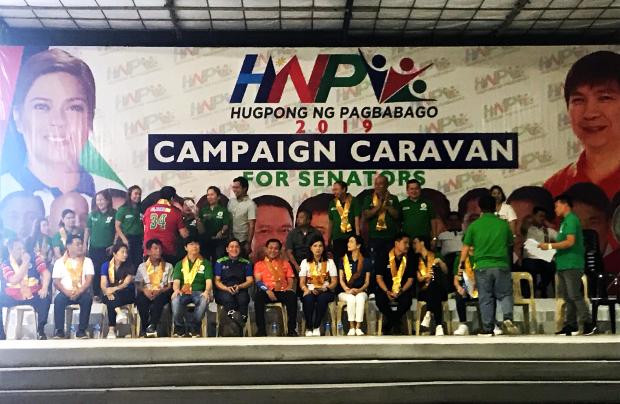 SANTIAGO CITY, Philippines — Senatorial candidates of the pro-administration Hugpong ng Pagbabago (HNP) on Tuesday tried to drum up support in this city in this mountainous province of Isabela.

HNP, the regional party of Davao City Mayor Sara Duterte-Carpio, is endorsing 13 senate aspirants, all of whom are supporters of the Duterte administration.

However, it was only former presidential political adviser Francis Tolentino and journalist Jiggy Manicad who graced the event at the ICT Grounds with the presidential daughter.

Isabela is the second largest province of the Philippines by land area and has nearly one million registered voters, according to a 2016 data from the Commission on Elections.

In the 2016 presidential elections, it was Jejomar Binay who topped the vice presidential race in this province.

Compared to previous HNP campaign sorties in the cities of Laoag and Vigan in Ilocos, the Santiago City event here did not draw the same overwhelming crowd size. /atm