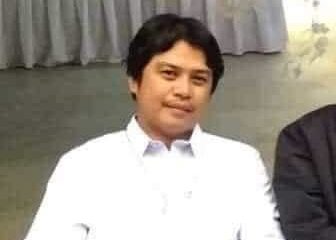 MANILA, Philippines — An agent of the Philippine Drug Enforcement Agency (PDEA) who was reported missing was found dead in Lupi, Camarines Sur on Monday night after he met with a supposed informant in Daet, Camarines Norte regarding the illegal drug activities in the town.

According to PDEA, Barba was reported missing on Monday midnight after meeting with a supposed tipster in Daet, Camarines Norte on Sunday. PDEA said his meeting was relayed to Provincial Officer Agent Vidal Bacolod who also reported the meet-up with the regional director.

At around 8 p.m., the regional office received a report that Barba’s body was found in the town of Lupi. PDEA said Barba suffered from several gunshot wounds in the face and body. He also had contusions in the frontal body and suffered from trauma in the head as indicated by initial autopsy.

Police said Barba was found in a concrete canal, face upwards with his hands and mouth tied and wrapped with packaging tape.

Recovered from the crime scene were a bullet for a 9-mm pistol and a deformed slug from an unknown caliber of firearm.

Also recovered from the pocket of the victim’s short pants was a small cardboard with markings that read: “Wag tularan, tulak ako.” [Don’t be like me. I’m a pusher.]

The Philippine National Police and the National Bureau of Investigation have launched a probe into his killing.

“Our Regional Office will work fully with our counterparts to identify the perpetrators of this cowardly act which is considered as an attack and affront to the anti-drug endeavor of the Bicol Region,” PDEA Regional Office 5 said in a statement.

“We will not be moved by this incident as we will escalate our effort to give justice to our fallen comrade, a good father to his children and a loving husband to his wife. We will remain steadfast,” the agency said.