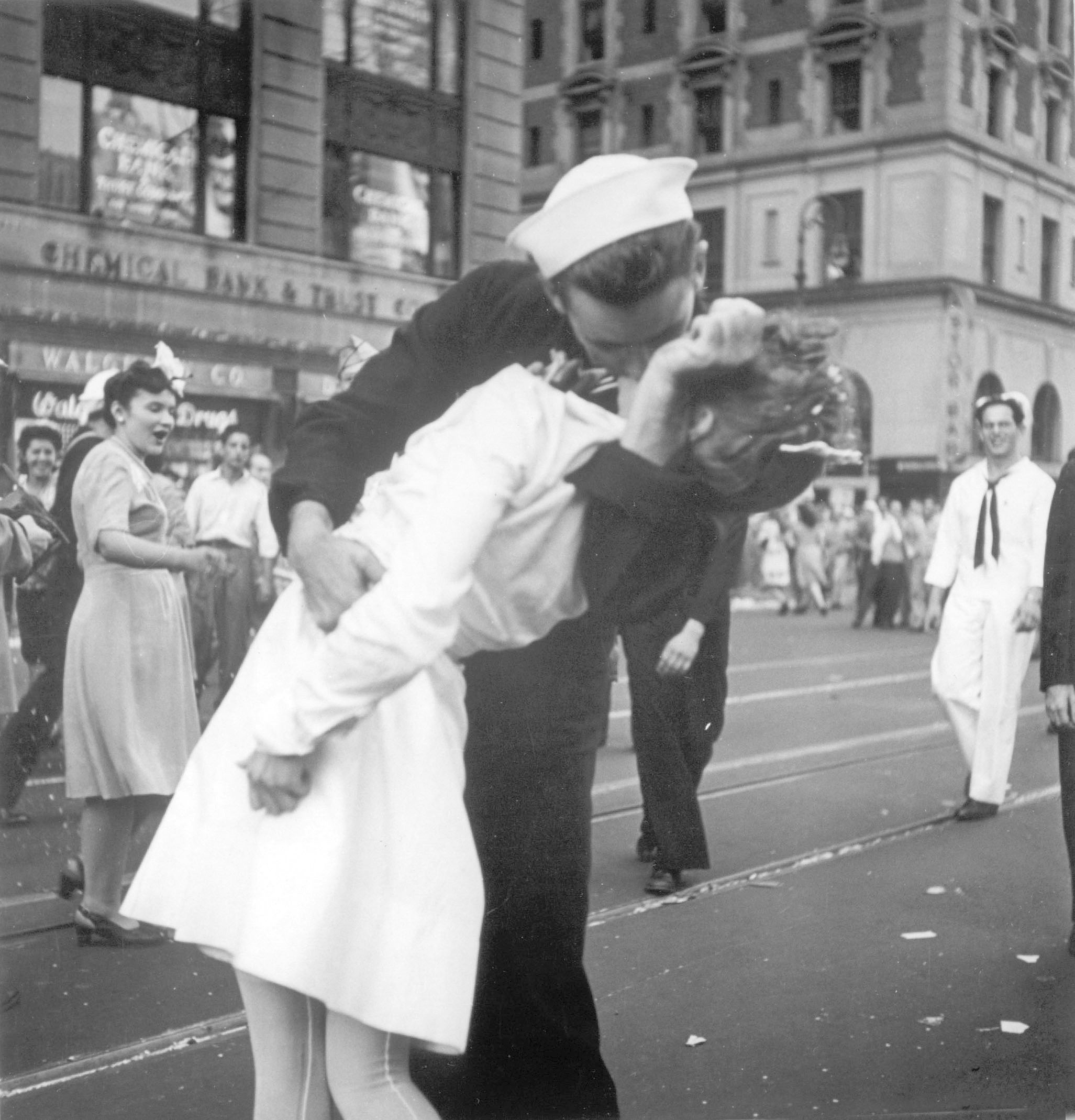 In this Aug. 14, 1945 file photo provided by the U.S. Navy, a sailor and a woman kiss in New York’s Times Square, as people celebrate the end of World War II.  This image was taken by U.S. Navy photographer Victor Jorgensen. The photo is of the same moment that photographer Alfred Eisenstaedt captured and first published in Life magazine. (Victor Jorgensen/U.S. Navy)

Mendonsa fell and had a seizure at the assisted living facility in Middletown, Rhode Island, where he lived with his wife of 70 years, his daughter, Sharon Molleur, told The Providence Journal.

Mendonsa was shown kissing Greta Zimmer Friedman, a dental assistant in a nurse’s uniform, on Aug. 14, 1945 — known as V-J Day, the day Japan surrendered to the United States. People spilled into the New York City streets to celebrate the news.

Mendonsa planted a kiss on Friedman, whom he had never met.

An iconic photo of the kiss by Alfred Eisenstaedt was first published in Life magazine and is called “V-J Day in Times Square,” but is known to most as “The Kiss.”

It became one of the most famous photographs of the 20th century.

Another photographer, Victor Jorgensen, who was in the Navy, also captured the moment in a similar photo. The moment has been shared widely and is often seen on posters.

Several people later claimed to be the kissing couple, and it was years before Mendonsa and Friedman were confirmed to be the couple.

Mendonsa served on a destroyer during the war and was on leave when the end of the war was announced.

When he was honored at the Rhode Island State House in 2015, Mendonsa spoke about the kiss. He said Friedman reminded him of nurses on a hospital ship that he saw care for wounded sailors.

“I saw what those nurses did that day and now back in Times Square the war ends, a few drinks, so I grabbed the nurse,” Mendonsa said, WPRI-TV reported .

Friedman said in a 2005 interview with the Veterans History Project that it wasn’t her choice to be kissed.

“The guy just came over and kissed or grabbed,” she told the Library of Congress.

She added, “It was just somebody really celebrating. But it wasn’t a romantic event.”

Mendonsa died two days before his 96th birthday. The family has not yet made funeral arrangements.

Friedman fled Austria during the war as a 15-year-old girl. She died in 2016 at the age of 92 at a hospital in Richmond, Virginia, from complications of old age. 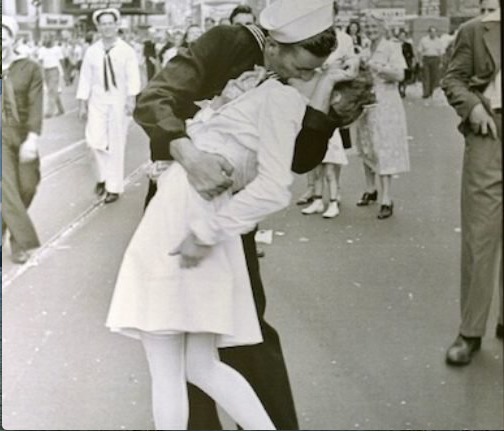