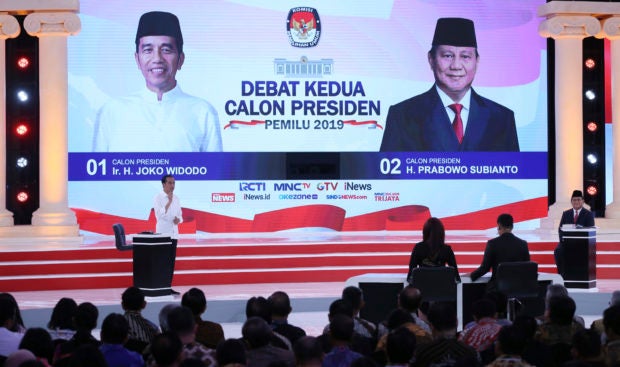 When President Joko Widodo, who is seeking a second term, asked challenger Prabowo Subianto about his policies for supporting unicorns — tech start-up companies worth at least $1 billion — a look of bafflement passed across the former general’s face.

Wondering aloud, he replied: “What are unicorns? You mean those online things?” Widodo sagely nodded in the affirmative before Subianto explained he supports online businesses.

Subianto was probably not alone in his ignorance, but Widodo supporters on social media gleefully seized on Sunday night’s exchange as proof of Subianto’s lack of qualification to be president.

Indonesia has several unicorns and they are transforming areas of the national economy such as transport and shopping.
Twitter and Facebook were awash with unicorn memes after the debate.

In one, juxtaposed photos of Widodo and Subianto with thought bubbles above their heads showed Widodo projecting tech start-up logos and Subianto imagining the magical horned horse creature.

Sunday night’s debate was the second of five televised face-offs between the opposing campaigns before April’s election.

Opinion polls show Widodo about 20 percentage points ahead of Subianto. The former general, who is campaigning on a Trump-style Indonesia First platform, narrowly lost to Widodo in the 2014 election.

After the debate started, smoke and the sound of an explosion caused panic near the venue in central Jakarta. City police are investigating and said it was probably firecrackers. No one was injured. /ee