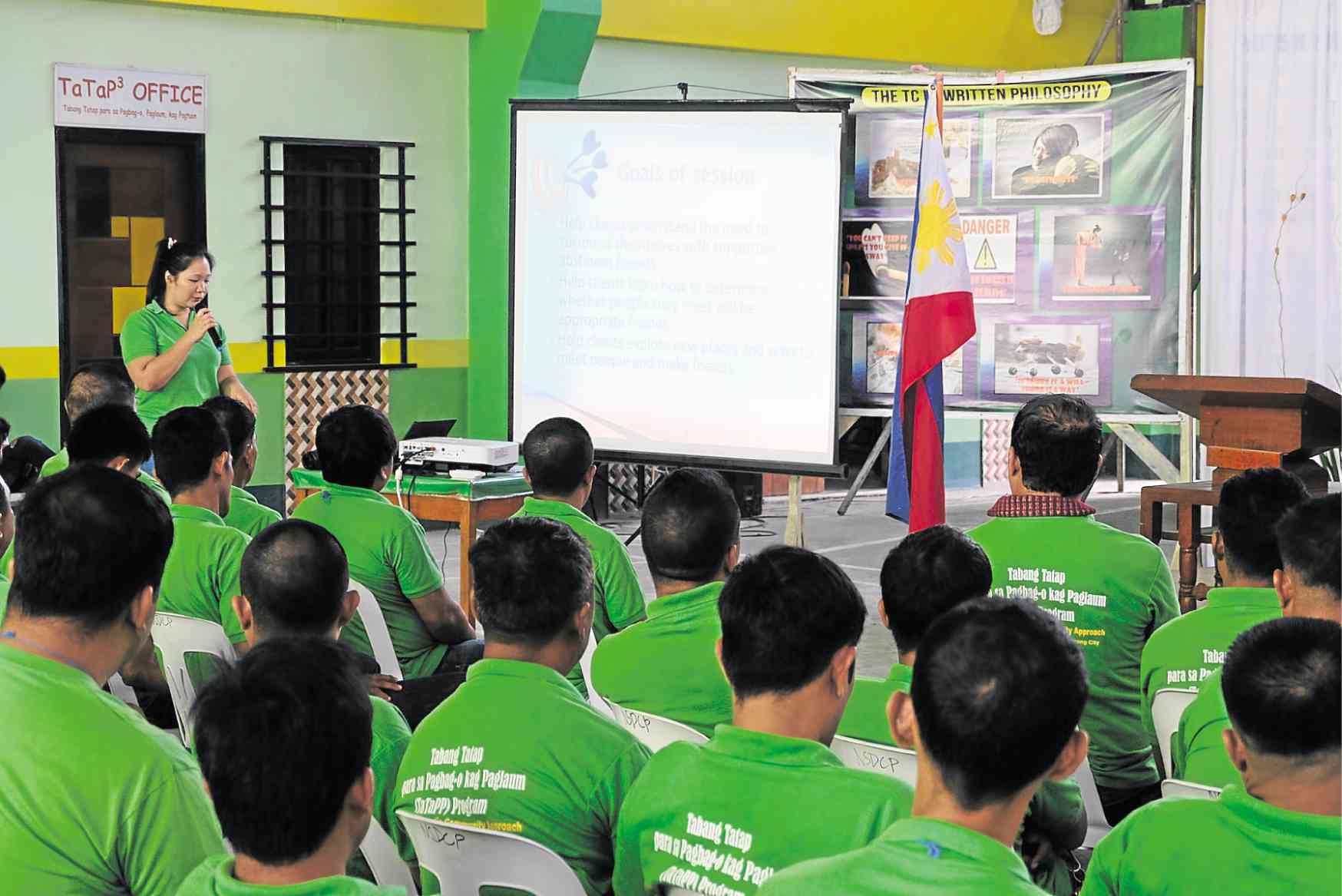 TACURONG CITY — Julio Pama was into drugs in 1982 while studying in college in Metro Manila. Coming from a rich, landowning family in Tacurong City, he would often bankroll sessions of “shabu” (crystal meth) and liquor with friends.

“The wads of money I spent for shabu would have been enough to fill one sack,” he said.

His party binges later included cocaine, antianxiety drugs and marijuana, and the abuse and devil-may-care attitude persisted even when he went home to Sultan Kudarat province after finishing an agriculture course in 1989.

“I deeply regretted my addiction to drugs. It can bring you no good. It destroys your relationship with your family and with God,” Pama, now 55, told the Inquirer.

Restoring spirituality as an essential part of drug recovery has been the thrust of the Church-initiated “Tabang Tatap para sa Pagbag-o, Paglaum kag Pagtuon” (Tatap3), which translates to “Help Care for Change, Hope and Learning.”

Local drug addicts have found a beacon of hope in Tatap3, a rehabilitation program undertaken by Nuestra Señora dela Candelaria Parish Church in the city, as the Duterte administration pursues relentlessly a brutal war on illegal drugs, even straining ties between President Rodrigo Duterte and the Catholic Church.

As of last October, almost 5,000 people had been killed in antidrug operations conducted by law enforcers across the country, mostly in Metro Manila. Human rights groups, however, estimated 20,000 fatalities, including victims of summary killings perpetrated by unknown gunmen.

Fr. Salvador Robles, the parish priest, conceptualized Tatap (an Ilonggo term for “care”) as a Church response to the government’s bloody crackdown.

“We employ a holistic approach that includes spiritual nourishment, behavior change management, skills training and livelihood opportunity to help these drug victims get a new lease on life,” Robles told the Inquirer. 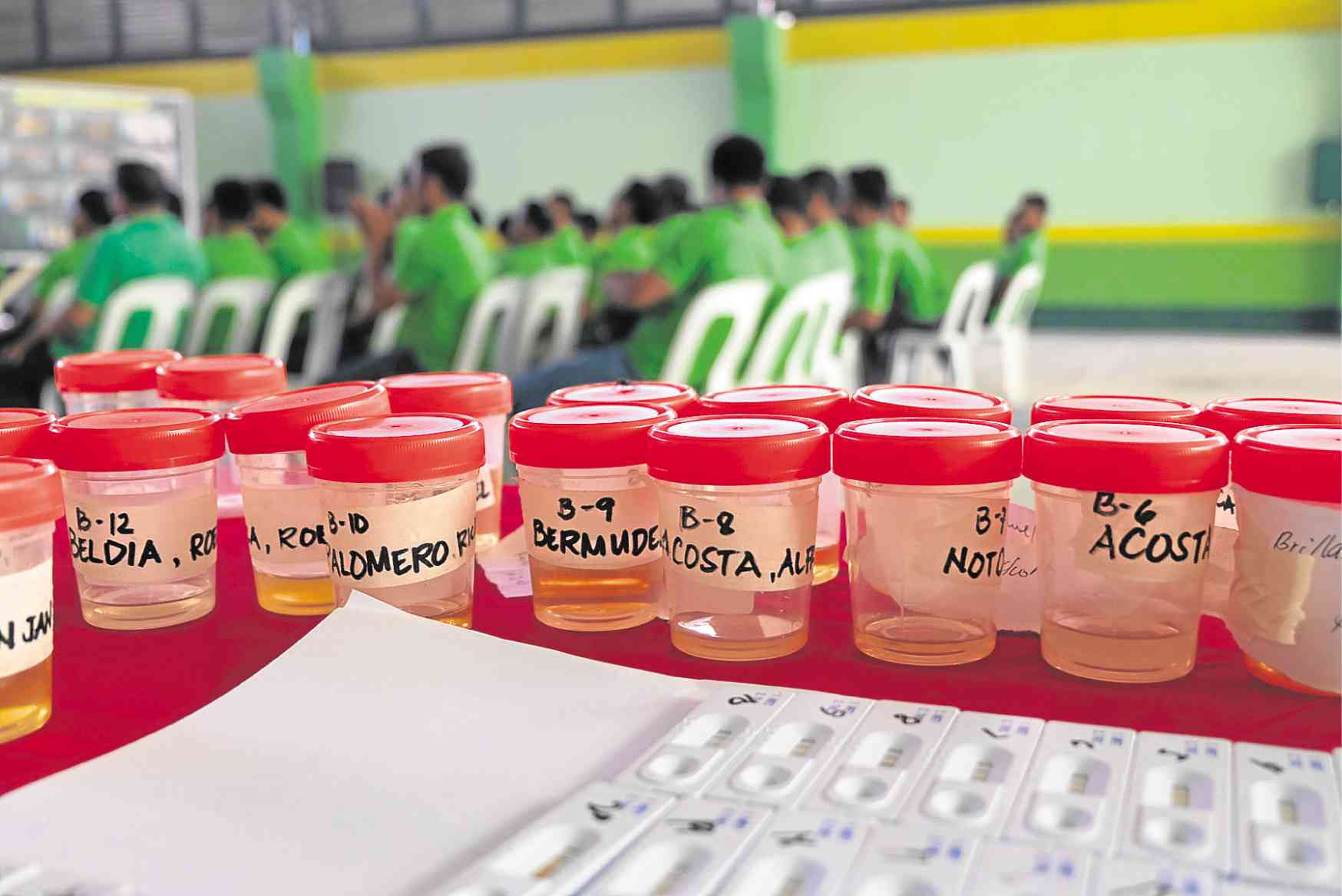 Urine samples from the fourth batch of “Tatap” beneficiaries tested negative for drug use.

The drug users, he said, were “lost sheep, and as the shepherd of the flock, I felt the need to do something to help those who voluntarily surrendered to reform themselves.”

Those who submitted themselves for rehabilitation under the Tatap3 program had earlier showed up before authorities as part of the government’s “Oplan Tokhang,” which involved policemen visiting the houses of suspected pushers and users to convince them to stop using or selling illegal drugs.

In Tacurong, at least 700 people have surrendered.

Just like the illegal drugs that victimize people from all walks of life, regardless of age, religion, education and gender, the Tatap3 program does not discriminate and is managed by volunteer experts.

It adopts the therapeutic community approach, which seeks the help of the beneficiaries’ families and the villages where they come from. Both family and community must be ready to embrace them back once they finish the program, Robles said. 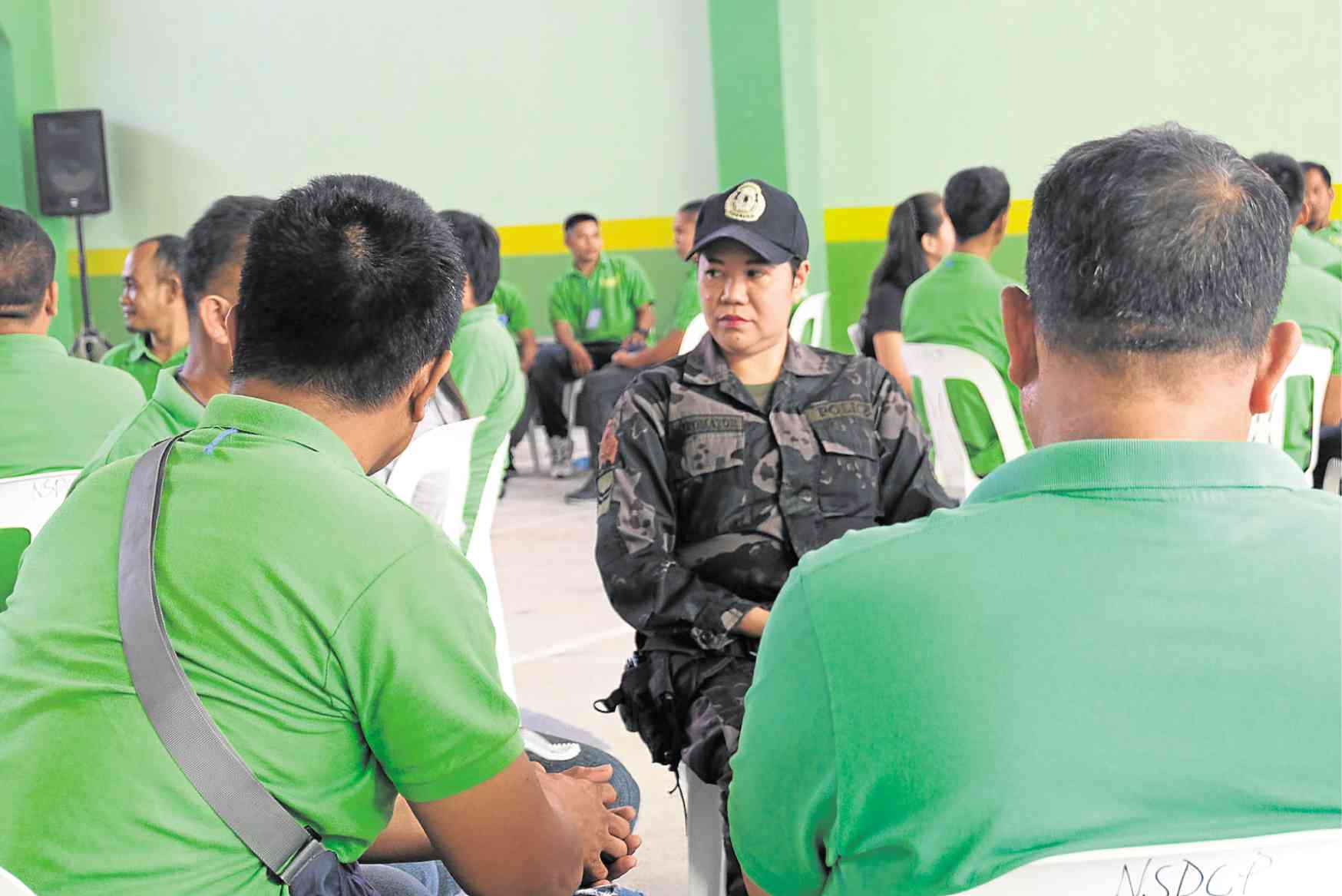 A policewoman listens to stories shared by drug users during a “Tatap” session.

The Archdiocese of Cotabato considers Tatap3 a special ministry, which it hopes to replicate in other parishes.

It is implemented free of charge, with some funds or logistics donated by patrons in the locality, Robles said. Usually, drug rehabilitation costs P8,000 to P10,000 in private facilities.

Once accepted, the beneficiaries should complete a comprehensive five-day, stay-in seminar for spiritual and values nourishment. They will also undergo a community-based rehabilitation program for one to six months, attending weekly meetings at the parish to appraise their condition.

During the drug rehabilitation period, they are called “empowered brethren” and given livelihood starter kits of their choice by concerned government agencies once they complete the program.

Pama and about 40 others who comprised the fourth batch of Tatap3 “graduated” on Jan. 11. After undergoing examination as part of the occasion, their urine tested negative for drugs.

“I’m putting God in the center of my life. It’s an entirely different feeling of high from drug abuse,” Pama said.

Another beneficiary who was in the first batch in 2017, Jonathan Padrones, a beautician, is also trying to redeem himself after 20 years of using and selling shabu. He had asked for a cosmetic beauty parlor kit so he can service clients at home.

Padrones has been asking for donations, mostly slippers, for day care schoolchildren. He has also been involving members of the LGBT community in his outreach programs.

“Through these social engagements, I hope to erase the stigma caused by my addiction to illegal drugs,” he said.

“When you have the will, you can be cured from the drug disease and can become productive members of society,” Montilla said.