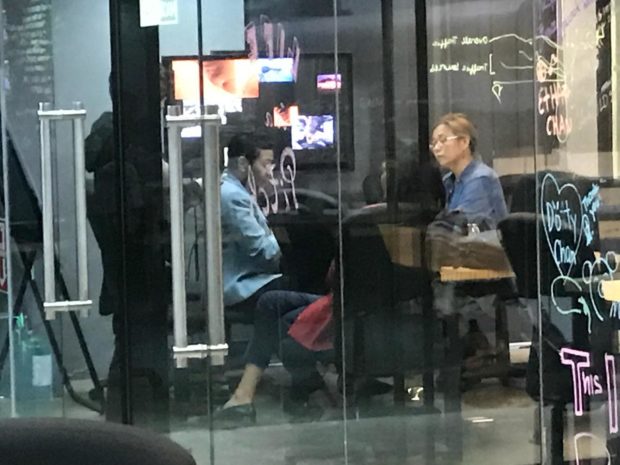 MANILA, Philippines — Sen. Richard Gordon on Saturday took issue with the evening arrest of Rappler’s chief executive officer Maria Ressa by National Bureau of Investigation (NBI) agents as the timing did not give Ressa a chance to post bail.

[I don’t want what the NBI did — that you get someone who could not post bail because it’s already evening.]

“That is why there is a law on getting arrested on weekends,” he added.

[It’s practically the same thing. You get pressured at night. You can’t fight back.]

NBI agents served the arrest warrant for cyberlibel on Ressa at around 5 p.m. at the Rappler office in Pasig a day after it was issued by Judge Rainelda Estacio-Montesa, who presides over Branch 46 of the Manila Regional Trial Court (RTC).

Ressa was able to post bail of P100,000 on Thursday, after spending the night at the NBI headquarters in Manila. 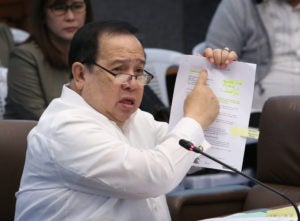 Asked if the cyberlibel case was a sign of harassment, Gordon said it could only come from the person who filed a complaint against Maria Ressa.

“In this particular case, harassment could come from the guy who sued Maria Ressa. Malaki siguro yun,” Gordon said.

Gordon was referring to Wilfredo Keng, the businessman who filed a complaint on Ressa and a reporter because of a 2012 Rappler article titled “CJ using SUVs of a controversial businessman.”

According to the article, then-Supreme Court Chief Justice Renato Corona, who was at that time under an impeachment trial, used a car owned by Keng.

Rappler cited “an intelligence report” that claimed that Keng was “under surveillance by the National Security Council for alleged involvement in illegal activities, namely ‘human trafficking and drug smuggling’.”

Keng denied the allegations and requested Rappler to remove the article.

However, Rappler kept the article online and even updated it on Feb. 19, 2014.

Gordon said, however, that he didn’t think Ressa’s arrest was a threat to press freedom.

“If it is really coming from the administration, pagsikil yun sa press freedom. Pero ito private party eh. Wilfredo is a businessman,” he said.

[If it comes from the administration, then it’s a curtailment of press freedom. But this comes from a private party. Wilfredo is a businessman.] /atm