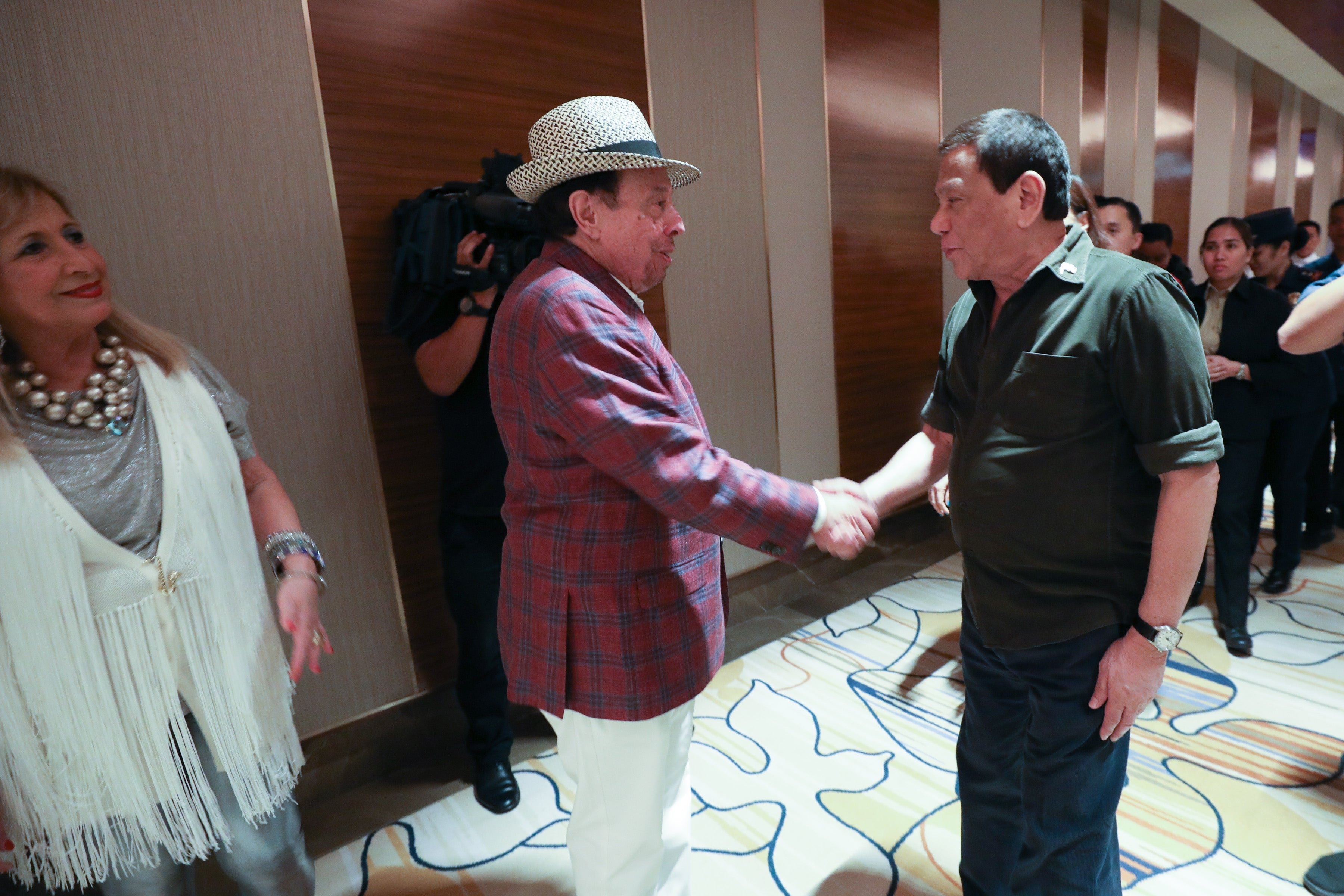 President Duterte and some of his Cabinet members took time off to unwind on Valentine’s Day by watching the concert of Brazilian musician Sergio Mendes on Thursday night at the Solaire Resort and Casino in Parañaque City.

The President himself told reporters that his partner, Cielito “Honeylet” Avanceña, was there waiting for him and that they would go to the concert together.

“He arrived very late. I think he only spent more than 20 minutes remaining since the concert was almost over. But I think he enjoyed it, I looked at him and saw him smiling,” Panelo told a press briefing.

He added: “Apparently, Sergio didn’t know that he had a President [in the audience].”

Panelo said that when Mr. Duterte arrived, Mendes had his back to the audience and was talking to the musicians, and was unable to see the President walk in.

“So when the President arrived with his aides and the media, he (Mendes) didn’t see that. And he was just surprised that when the President stood up to say goodbye, the cameras and everyone were looking at him. Nobody told him (Mendes),” Panelo said.