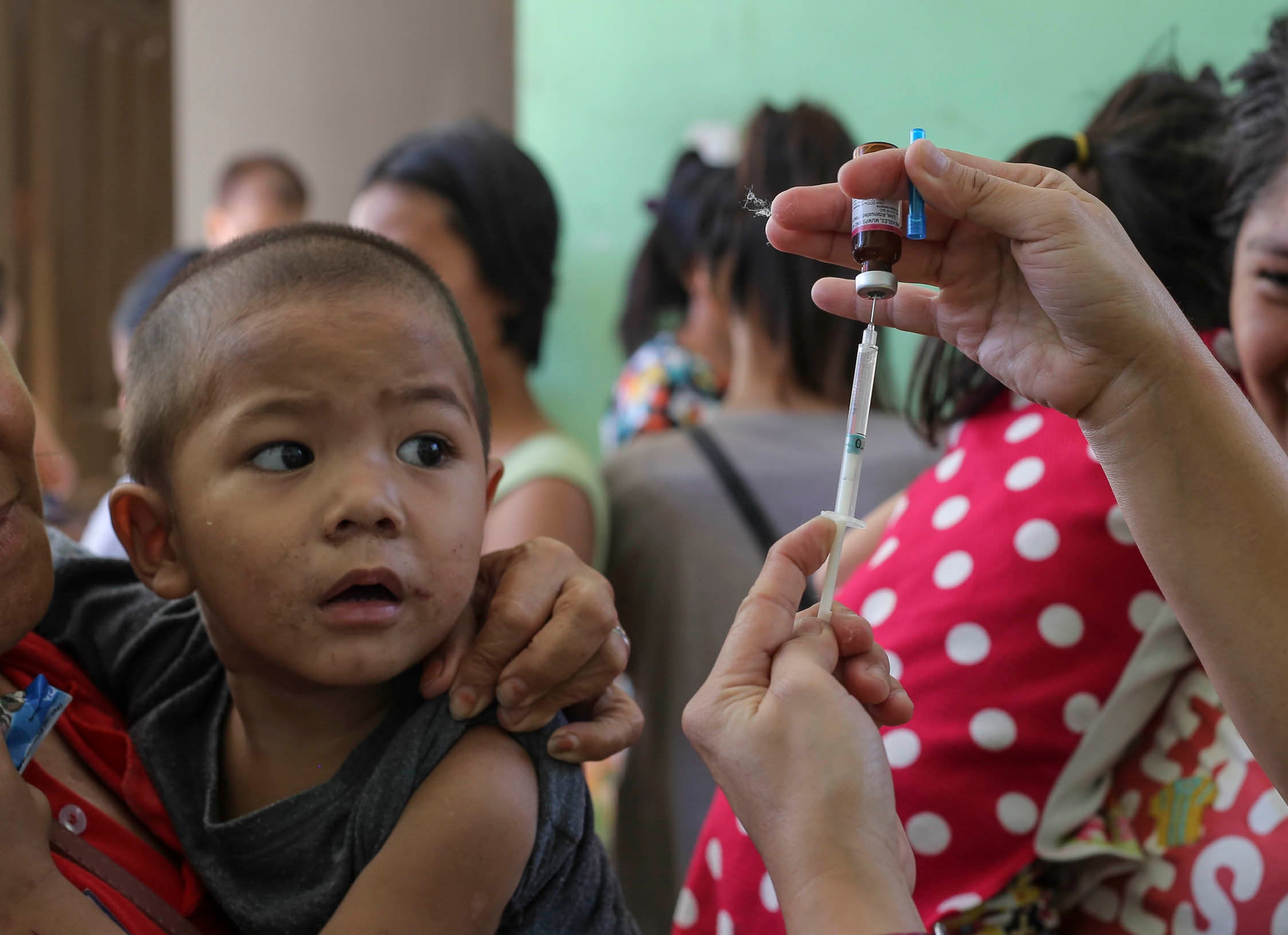 FIGHTING OUTBREAK The government has been conducting vaccination programs around the country to fight measles as cases continue to rise. —EARVIN PERIAS

The number of people infected with measles is expected to rise, at least for the next two weeks, in Calabarzon (Cavite, Laguna, Batangas, Rizal and Quezon) region, according to the Department of Health (DOH).

As of Friday noon, the number of cases in the region had risen to 2,194. The DOH recorded 54 deaths from January to Feb. 15. A measles outbreak was earlier declared in the region.

“We expect more [cases] in the next [two] weeks. The [number] may start to go down by mid-March,” Dr. Eduardo Janairo, DOH regional director, said in a telephone interview on Friday.

Janairo said this was because some of those infected during the earlier weeks of the year were just starting to manifest symptoms, primarily high fever and skin rashes.

The measles virus, he said, has an incubation period of about 10 days.  Most patients, he said, were those who had missed their shots of at least one dose of the measles vaccine.

Officials earlier blamed the outbreak to the health scare triggered by the controversy surrounding the dengue vaccine, Dengvaxia.

Many parents had refused to have their children given measles shots after reports of children dying allegedly due to Dengvaxia came out in 2017.

In Central Luzon, health officials have urged local government units (LGU) to help the DOH in its campaign on the importance of vaccination to fight measles.

“[Local officials] can also provide manpower and logistics to their health units so that even those areas that are hard to reach can be served,” Dr. Jessie Fantone, chief epidemiologist in Central Luzon, said.

Thirteen people have died from measles in Central Luzon and more than 668 other cases have been recorded in the region since January.

In Pangasinan province, health officials were also racing against time to stop the spread of measles, which had killed three people and affected 122 others as of Feb. 9.

In Davao City, Mayor Sara Duterte urged parents in southern Mindanao to support the government’s campaign against measles by having their children vaccinated even as the DOH reported a sharp decline in measles cases in the region last month.