MANILA, Philippines — The Commission on Elections (Comelec) released the list of candidates, including more than a dozen senatorial bets, who still have illegal campaign posters as of Thursday, Feb. 14.

Comelec Commissioner Rowena Guanzon released the names in a tweet on Friday.

Among those included in the list was Senator Aquilino “Koko” Pimentel, president of the PDP-Laban and among the 11 bets endorsed by President Rodrigo Duterte.

“I have very few posters. Hence, most unlikely yan,” Pimentel said in a Viber message to reporters on Friday when asked for his reaction.

“But saan daw located para ma check namin and if true ma baklas na. We have many supporters hence hindi namin memorized all locations of posters they have put up. Hence Comelec shud tell us where,” he added.

(Where are they located? We can check and remove them. We have many supporters; hence, we cannot memorize all locations. The Comelec should tell us where.)

Senator Nancy Binay, who is seeking reelection in the May 2019 polls, said she was shocked upon hearing the news.

(I was surprised with that news. I’m not sure where the reports are coming from, but as far as I’m concerned, we still haven’t put up tarps or posters.)

“I find it very offensive that I’m being tagged as a violator sa mga campaign materials,” she added.

Binay also asked why candidates whose faces are all over the country were not included in the list. She then called Comelec’s list as “highly questionable.”

Binay said she even campaigned to candidates via social media to comply with Comelec’s regulations on campaign materials.

“Ako pa nga ang unang umapela sa social media sa mga kandidato to comply with the Comelec rules, and for them to take down posters that don’t conform with the allowed sizes,” she said.

(I was the first to appeal on social media for candidates to comply with the Comelec rules and for them to take down posters that don’t conform with the allowed sizes.)

“Our instructions were clear to our supporters: post only in designated poster areas. Given Neri’s limited resources, it is to his interest that posters be confined to poster areas as we can’t afford a poster war,” Casiño said in a statement on Friday.

Casiño urged the poll body to look into the posters of the administration-backed candidates instead.

“Having said that, we find it ironic that Neri Colmenares, who probably has the least campaign materials of all the leading candidates, is now among the candidates warned of illegally putting up posters,” he said.

“Maybe Comelec should look first at the giant billboards and tarps of the administration-backed candidates who have been blatantly violating the rules all these months,” he added.

Gary Alejano, a senatorial bet running under the banner of Otso Diretso, said their team was never notified of any campaign material violation.

“As of now, our camp has never been notified about campaign rules violation. In fact, our campaign team is short of resources that is why we cannot afford to print bigger than what is required by the Comelec,” Alejano said in a statement on Friday.

While they cannot afford huge posters, Alejano said it is possible that their supporters voluntarily put them up.

“If they happen to unintentionally or unknowingly violated this campaign rule, Comelec — or other concerned citizens — should notify us so that we will ask them to take the posters down. We are more than willing to abide by this campaign rule,” he said.

The poll body started on Friday the crackdown against illegal campaign materials that are either oversized or placed in prohibited areas.

The campaign period for national candidates in the May 2019 polls officially started Tuesday, Feb. 12. Comelec gave them until Thursday, Feb. 14, to take down illegal campaign posters. /ee 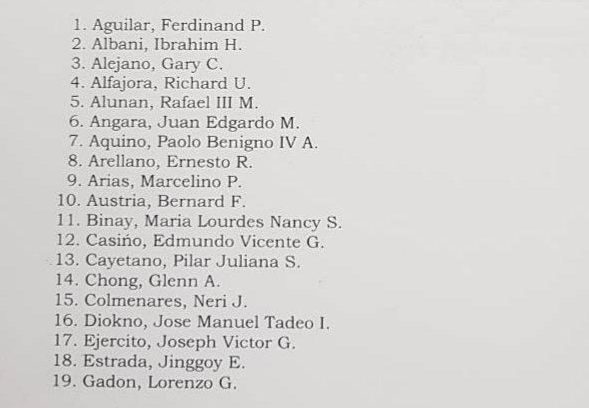 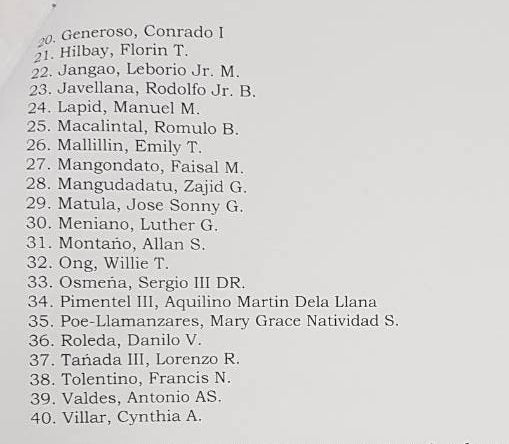