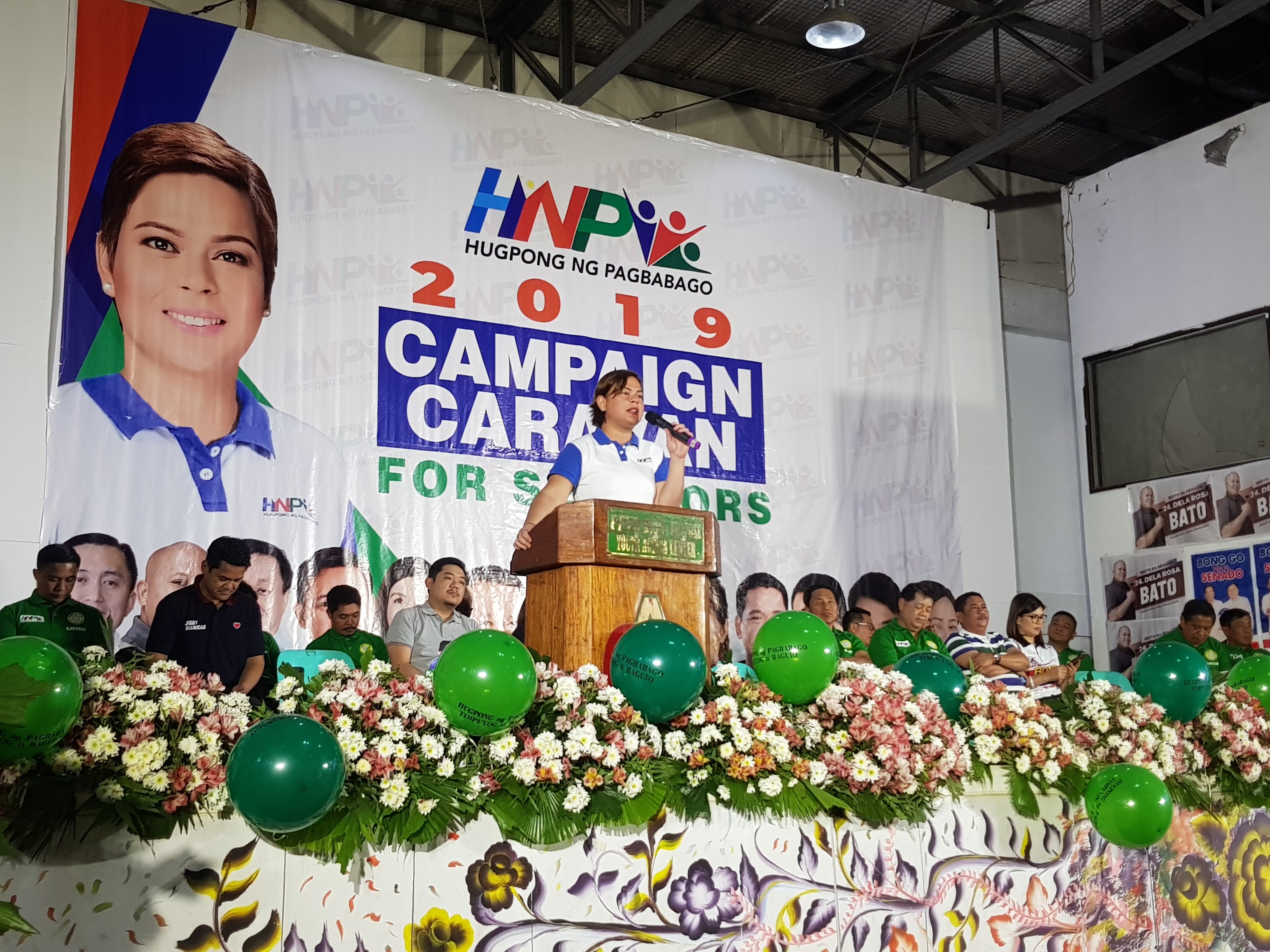 HNP is the regional party of Davao City Mayor Sara Duterte-Carpio. But the presidential daughter said they would immediately head to La Union later today for another rally tomorrow.

“No, we won’t stay here [to join the PMA alumni homecoming],” Carpio told the Inquirer.

The Armed Forces of the Philippines has barred PMA alumni, including honorary class members, from “engaging in political campaigning” during their annual homecoming this weekend at Fort del Pilar.

The party’s campaign rally at the PFVR Gymnasium drew some 1,000 people, police said.

Margaret Tolero, 68, the head of the Office for Senior Citizens Affairs here, said she attended the campaign to listen to what the candidates have to offer and to get to know the candidates better./lzb