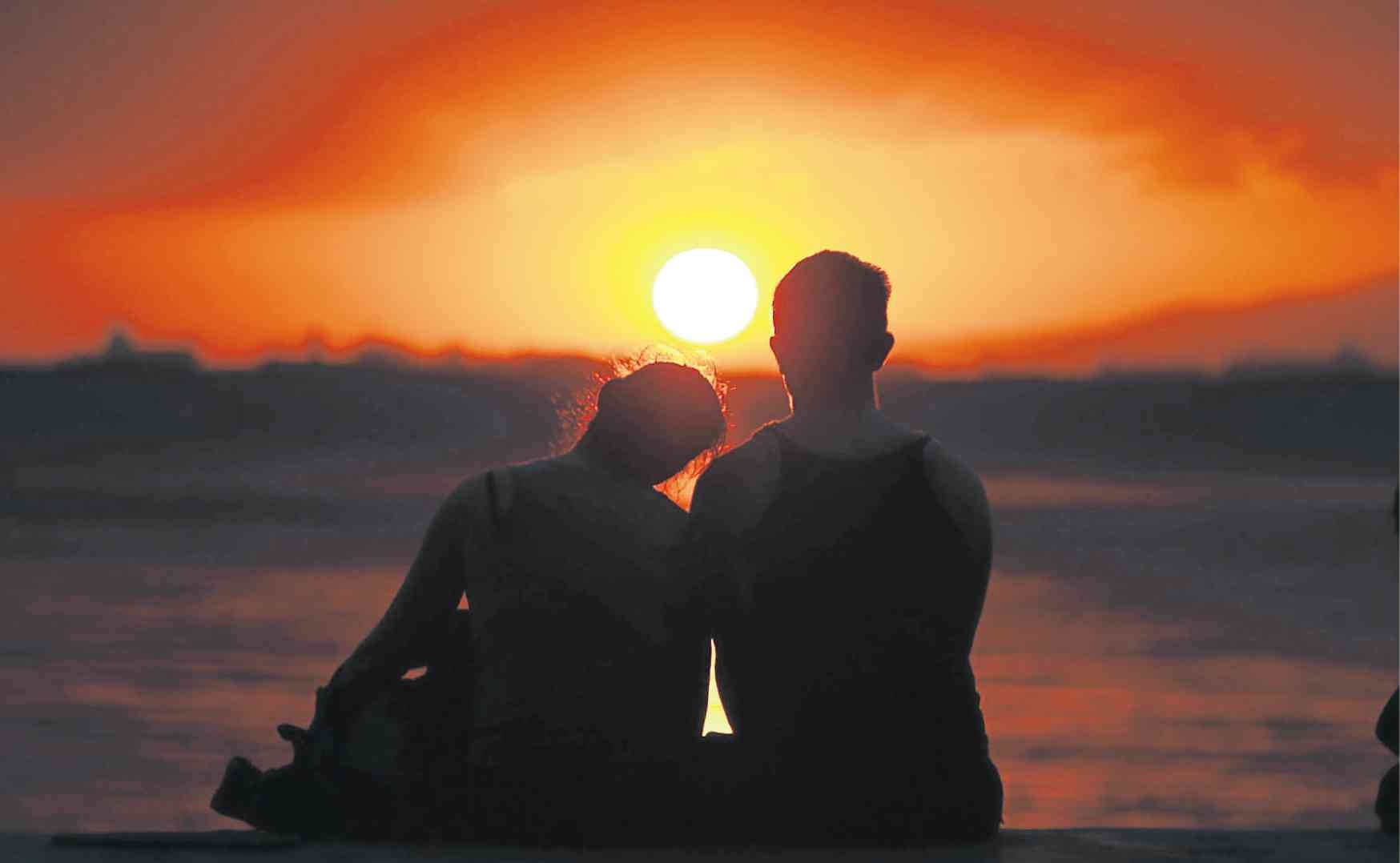 ROMANCE ON THE BAY The sunset in Manila Bay provides the perfect romantic setting for a couple celebrating Valentine’s Day. —EDWIN BACASMAS

Out of 178 towns and cities within the Manila Bay watershed area, 95 have not been complying with environmental laws, according to Interior Secretary Eduardo Año.

He warned the local officials in areas connected either to Manila Bay or its tributaries that they would face administrative charges if they fail to cooperate with the national government in its rehabilitation efforts.

Citing the results of the 2018 regional interagency committee assessments and on-site inspections, Año said that of the 95 cities and towns, 16 of them had the “worst problems.” However, he did not say what these problems were.

The compliance assessment results were shared by Año with local government officials concerned in a forum on the rehabilitation of Manila Bay held on Monday.

The assessment was aimed at evaluating their compliance with existing environmental laws and policies; identifying the necessary assistance they needed and demanding accountability from them.

“Based on our assessment, we still have a lot of work to do, and we intend to start with these 16 local government units (LGUs) as we go along assisting all of the 178. We will help them. We will not leave them on their own,” Año said in a statement on Thursday.

“There are a lot of lapses that contributed to the decades-old problem of Manila Bay,” he added.

“But we are not here to point fingers anymore. We, through the directive of the President, are here to bring back the bay to its former glory and we need all LGUs to do their part,” Año said.

But at the same time, he warned local officials who refuse to cooperate in the ongoing rehabilitation, saying: “We can also file cases against them with the Ombudsman or recommend disciplinary action to the President, if warranted.”

Año added: “We challenge all LGUs to shape up. We need them to fight and win the Battle for Manila Bay.”

The Department of the Interior and Local Government, he said, could extend assistance to LGUs, including providing capacity development and conducting workshops, coaching and mentoring, to ensure that they were fully capable of exercising their mandates.

Government officials had said that the cleanup of the 194,000-ha Manila Bay would not only involve cities in Metro Manila, but also eight provinces in two regions that have rivers and estuaries flowing into the bay.