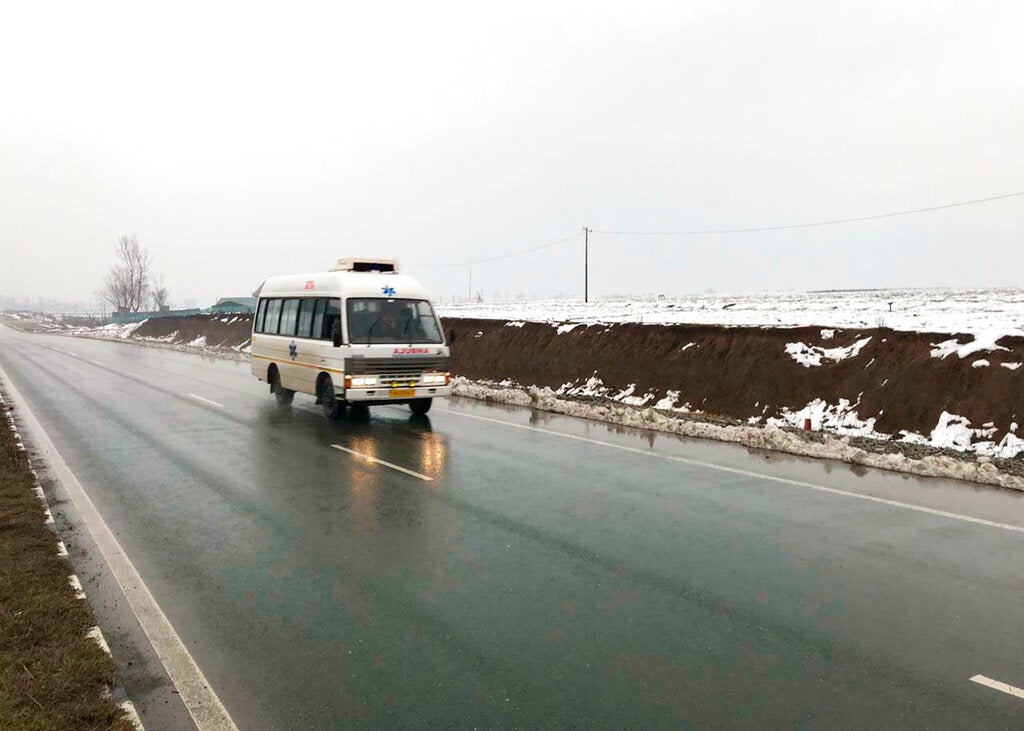 An ambulance drives on a highway, traveling from the direction of a large explosion, in Pampore, Indian-controlled Kashmir, Thursday, Feb. 14, 2019. Security officials say at least 10 soldiers have been killed and 20 others wounded by a large explosion that struck a paramilitary convoy on a key highway on the outskirts of the disputed region’s main city of Srinagar. (AP Photo/Dar Yasin)

SRINAGAR, India — At least 10 soldiers were killed and 35 others wounded Thursday in a car bomb attack on a paramilitary convoy on a key highway in Indian-controlled Kashmir, security officials said.

Senior police officer Muneer Ahmed Khan said the attack occurred as the convoy reached Pampore on the outskirts of the disputed region’s main city of Srinagar. He said one bus was destroyed and at least five other vehicles were damaged by the blast.

Authorities blamed rebels fighting against Indian rule for the attack.

Khan said soldiers and counterinsurgency police reinforcements were deployed in the area and the injured were evacuated to hospitals.

India and Pakistan each claim the divided territory of Kashmir in its entirety. Rebels have been fighting Indian control since 1989.

Most Kashmiris support the rebels’ demand that the territory be united either under Pakistani rule or as an independent country, while also participating in civilian street protests against Indian control.

About 70,000 people have been killed in the uprising and the ensuing Indian crackdown. /kga