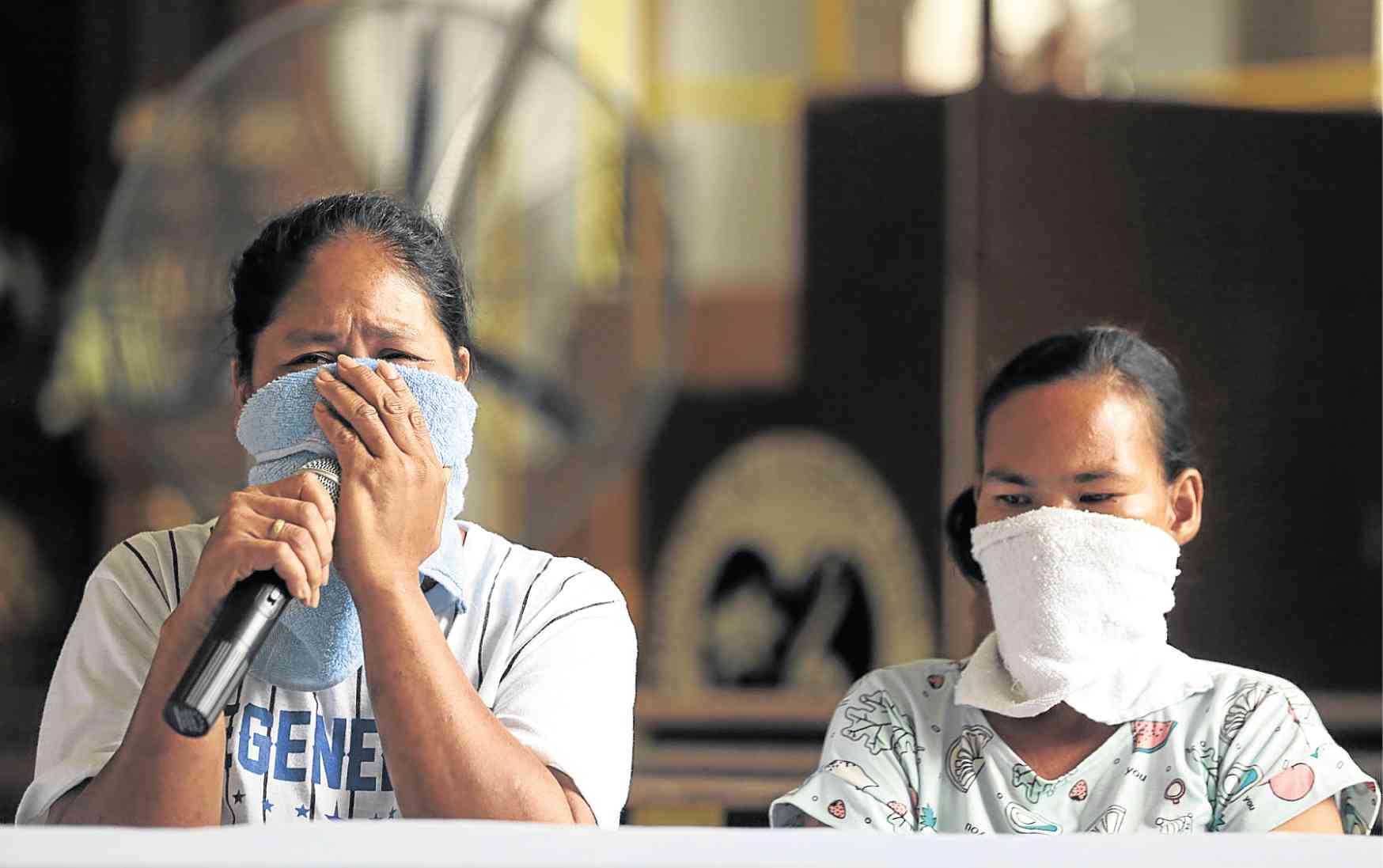 APPEAL TO AUTHORITIES Two women whose children were among those rounded up in a drug raid in Navotas City last month appeal for their release. —GRIG C. MONTEGRANDE

Relatives of five of the 12 minors who were “rescued” during a drug raid conducted by antinarcotics agents in Navotas City last month have gone to court to seek the release of the children from a youth care facility.

With the help of a human rights group and nongovernment organization — Initiatives for Dialogue and Empowerment through Legal Services (Ideals) — Rissa and Belle (not their real names) filed on Wednesday a petition for writ of habeas corpus in the Navotas Regional Trial Court.

Ideals and the two women asked the court to order those in charge of the youth facility and the Philippine Drug Enforcement Agency (PDEA) to present the children in court, saying their continued detention in the city’s Bahay Pag-asa  violated  the Juvenile Justice and Welfare Act of 2006.

“We need to know why they’re not releasing the children despite persistent appeals from their parents and whether their detention is proper or not,” said Ideals lawyer Ansheline Bacudio.

“They have no basis to hold the kids inside the center. The removal of parental authority over the children has to undergo a formal process,” said another lawyer, Mario Maderazo.

Rissa’s 4-year-old son, who she said was still breastfeeding, and Belle’s three daughters aged 13, 8 and 5, and her 13-year-old sibling were picked up by PDEA agents during a drug raid at Market 3, Barangay North Boulevard Bay North on Jan. 16.

Seven other minors and 16 adults were also rounded up during the operation.

PDEA claimed that the minors, who were between 4 and 15 years old, were being used as runners by the drug den owners.

Wrong place at the wrong time

But Rissa and Belle insisted that the five children were not involved in drugs and just happened to be at Market 3 during the raid.

Diocese of Kalookan Bishop Pablo Virgilio David also appealed for the minors’ release, saying there was no evidence they were involved in the drug trade.