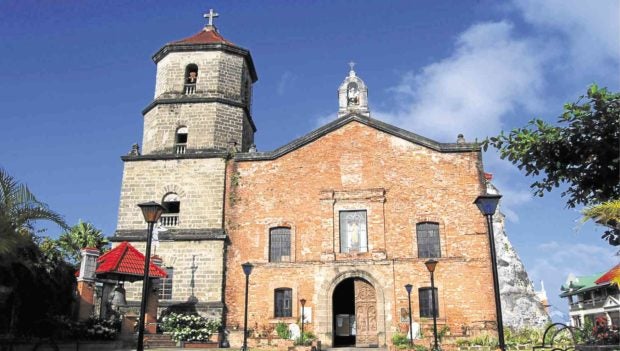 REFUGE The Boac Cathedral is not only a spiritual refuge but a fortress that protects the people of Marinduque province in times of calamity. —ERWIN MONROYO PENAFIEL / CONTRIBUTOR

BOAC, Marinduque — The more than 200-year-old church in Marinduque’s capital town of Boac is not only a cultural artifact but a “symbol” of the province’s deep religiosity.

Built in 1792, the Immaculate Conception Parish Church, commonly referred to as the Boac Cathedral, played “silent witness” to Marinduque’s history.

“It is important, for one, because of its historical past. It is also the foundation, the greatest monument of faith [of the people of Marinduque],” said Boac Bishop Marcelino Antonio Maralit Jr.

People held on to the belief that the church, with its walls and fortresses built and fortified with adobe, protected the island from pirate attacks in the 18th century.

“If you come today, you will see holes on [the church’s walls]. They say the holes were there for people to look into and shoot their spears [against the enemies]. Its [location] was very strategic,” said Boac tourism officer Genoveva Loto.

The cathedral now serves as the church’s center of ministry, Maralit said. In the same compound is the shrine of the Our Lady of Prompt Succor.

Thousands flock to the cathedral especially during weekends, among them tourists and historians.

The National Museum in December 2018 declared the Boac Cathedral an Important Cultural Property, with the formal proclamation held here on Tuesday.

“Our Cathedral’s walls remained untouched and the church itself stood as it has for centuries,” said parochial vicar, Christian San Juan.

In the 1980s, a strong typhoon damaged the church’s roof but its foundation remained intact, Loto said.

Loto hoped that the National Museum’s recognition would attract attention and aid from national government agencies to preserve the church.

Maralit said the Boac Cathedral was another “symbol” of the religiosity of Marinduque, known for preserving its Moriones tradition observed during the Holy Week.

“[The church] is not just a spiritual refuge of the community but also a refuge during calamities and war,” San Juan said.