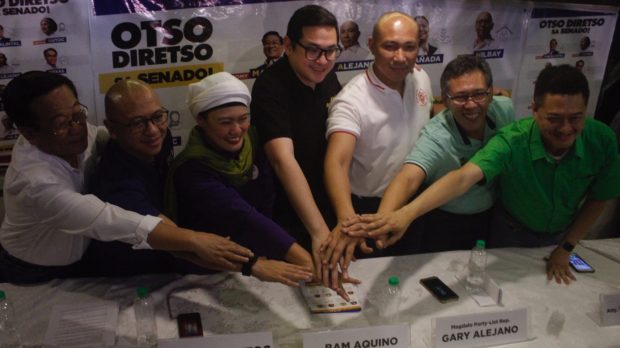 MANILA, Philippines — It is not about the numbers but about what we are prepared to offer to Filipinos, Otso Diretso senatorial bets said on Tuesday.

Aquino also asked the voters to undertake a background check on all their coalition’s candidates.

“It was not a matter of trying to fill 12 slots and honestly, I think this slate has a lot to offer and ang pinakahinahangad namin in the next 90 days. Ito yung slate na hinahangad na i-background check kami,” Aquino said.

Lawyer Romulo Macalintal said he is confident that they are better than other candidates because of their “principles.”

‘Otso Diretso’: Roxas absence in Caloocan sortie not an issue